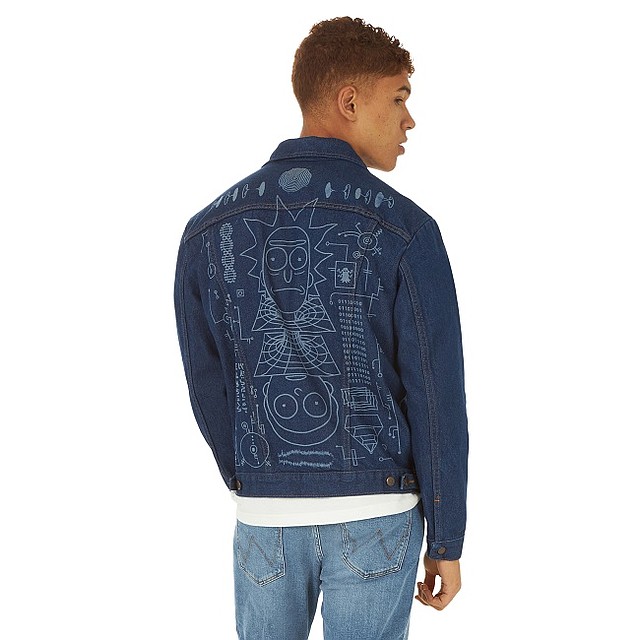 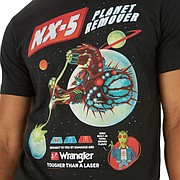 Denim brand Wrangler and animated adult television-programming network Adult Swim recently entered into a collaboration paying homage to the "Rick and Morty" series. Building from the season 4 series finale of "Rick and Morty," in which the NX-5 Planet Remover laser destroyed everything except Wrangler Jeans, the Kontoor Brands-owned denim company and Adult Swim, the network that features the television series, in addition to other adult-themed animated shows, joined forces on an apparel collaboration.

“Wrangler has always embraced pop culture as a way to reach new fans, and when we were organically part of the season 4 finale episode, it was the perfect opportunity for us to explore a larger partnership with Adult Swim,” Holly Wheeler, vice president of global brand marketing at Wrangler, said in a statement. “The collection is a direct play on the finale and inspired by the laser that was fictionally ‘sponsored by Wrangler’ in the show. We loved the tongue-in-cheek joke since lasers are actually a big part of our denim production—from digital wash applications to onsite customer customization with our nano-laser. The collaboration was a fun and natural way for us to do something authentic with our brand that joins in on the joke.”

Released on Nov. 10, the collection includes a T-shirt inspired by the season 4 series finale and a laser-etched denim jacket both of which were designed by the "Rick and Morty" creative team. Available on Wrangler.com, the Wrangler x Rick and Morty collection is priced at $29 for the T-shirt and $79 for the jacket.