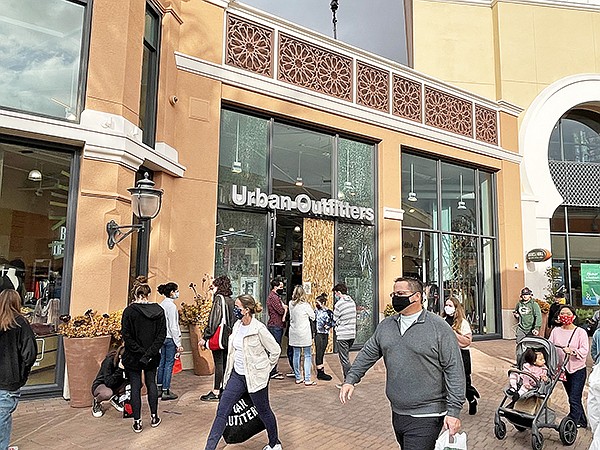 Shoppers at the Irvine Spectrum Center on Dec. 12 and The Grove (below) on Dec. 19 contribute to a successful holiday-sales season as they shop despite economic challenges during 2020. 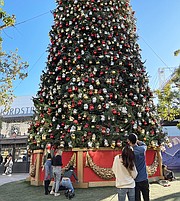 Business for the crucial retail season was widely forecasted to be undercut by the economic fallout from the COVID-19 pandemic. However, Jack Kleinhenz, the NRF’s chief economist, said that the season’s business was saved by government stimulus payments and because consumers were not spending money on entertainment, dining out or travel.

“The promise of a new round of stimulus checks after a deal was struck before Christmas helped increase consumer confidence. Consumers were also encouraged by the news of COVID-19 vaccines becoming available, which helped offset concerns about increased infection rates and state restrictions on activity,” Kleinhenz said in the statement.

Also in a Jan. 15 report, Ken Perkins of the market-research group Retail Metrics further broke down the performance of market segments.