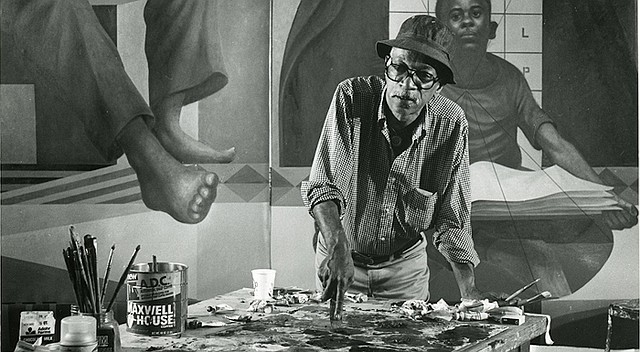 The Charles White Art and Design Scholarship has been launched in cooperation with White’s son, C. Ian White, and The Charles White Archive. The full four-year scholarship, which will be awarded to students of underrepresented groups, was made possible through a gift of $10 million by Otis Board of Trustees Chair Mei-Lee Ney. In Ney’s honor, a building on Otis’s Westchester campus will be named after the chairperson.

“This scholarship program creates an opportunity for a young artist to explore their creative gifts. Charles White was twice denied scholarships to further his artistic interests as a young adult solely based on his pigmentation. As an established artist, he was even denied entry to see his own work because of his pigmentation. I appreciate the generous gift by Mei-Lee for her recognition of White’s contributions and acknowledgment of the lack of students of color in artistic institutions,” said C. Ian White, who oversees The Charles White Archives.

The inaugural scholarship will be awarded to an incoming first-year student from an underrepresented community in spring 2022 for a fall 2022 start. Beginning in 2023, the scholarship will expand to two recipients, one from Los Angeles and one from anywhere else in the United States. Both scholarships will go to students from underprivileged or underserved backgrounds. In addition to the scholarships, Ney’s gift will also support the college’s engagement in diversity, equity and inclusion initiatives.