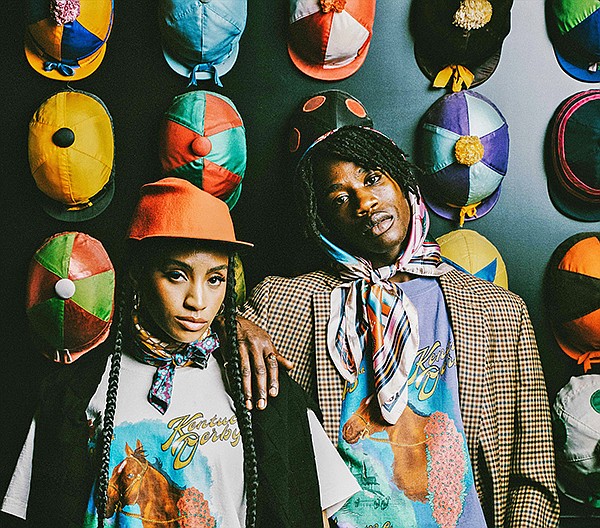 Drew Evans felt he could use his latest collection to highlight diversity and inclusivity while also celebrating the history of the Kentucky Derby, which dates back to 1875, where 13 of the 15 jockeys were Black, including the winner. 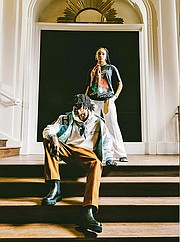 Los Angeles–based Homme + Femme’s recent collection in collaboration with Churchill Downs and the Kentucky Derby celebrates the rich legacy of Black jockeys, recognizing that 15 of the first 28 winning Kentucky Derby jockeys were Black.

Founded in 2013 in Compton, Calif., Homme + Femme was started by founder and Creative Director Drew Evans in the garage of his grandparents. The brand is considered a streetwear brand, although Evans likens it to a high-street fashion brand as he aims to create an elevated aesthetic that combines street culture with high-end European fashion.

The Kentucky Derby collection was the result of a coincidental meeting between Evans and the general manager of BBC Studios, Valerie Bruce. Evans and Bruce initially met at October’s Very Own store at The Grove shopping center in midtown L.A., where both had complimented each other’s outfits and shoes.

After a few months of keeping in contact and working together, including Evans designing and delivering 500 hats for the wrap of a season of “Dancing With the Stars,” Bruce, a Kentucky native, one day asked Evans if he knew about the legacy of Black jockeys at the Kentucky Derby and pushed him to create something.

The collection was created with the intent to break barriers through fashion at an event where most of the attendees come dressed in their Sunday best. As a Black-owned brand, Evans felt he could use the brand and collection to highlight diversity and inclusivity while also celebrating the history of the Kentucky Derby, which dates back to 1875, when 13 of the 15 jockeys were Black, including the winner, Oliver Lewis. 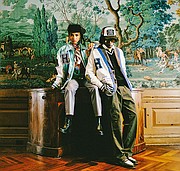 “Through a bunch of favors, we got in contact with Churchill Downs, where we had a meeting and discussed working together, and a couple of weeks later we showed them our perspective on what a collaborative collection would look like with them and they loved it,” Evans said. “They had already wanted to bring a more youthful crowd into the Kentucky Derby, and our brand was a perfect vessel for that. So our brand helped bridge the gap between bringing in the newer generation as well as giving us a chance to shine a light on the history of AfricanAmerican success at the Derby, and with us being an AfricanAmerican-owned brand it just made perfect sense.”

The Kentucky Derby collection includes lettermen jackets, cardigans, T-shirts and trucker hats with designs featuring horses, horseshoes, roses and trophies that celebrate the prestige of an event like the Kentucky Derby while celebrating its Black legacy. The brand had a pop-up shop at Churchill Downs sponsored by Fanatics where Evans was able to see people resonate with and react to the collection in-person. 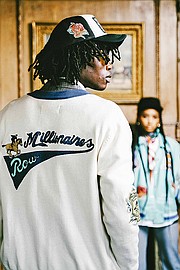 “I think streetwear can be pigeonholed into something that’s not sophisticated, but it’s an art form and a form of expression that I think people around the world can resonate with—an era in their life when they identified with youth culture,” Evans said. “At the Derby, people are more alike than they think. You would think the Derby is just full of well-off people, but there really were all walks of life, and the whole goal of the capsule was to bridge that gap between perceived differences between societal thoughts about each other and our differences, but we’re not far apart, and that’s what the clothes did.”

For Evans, having a platform to inspire has always been an important goal for himself and the brand. Evans said the Derby wasn’t trying to hide its history, but it flew under the radar and he’s grateful for the time and space given to Homme + Femme to bring the history to light and amplify it for a new generation.

“I want people to know what my culture and what my people are about, and I want to shine a light on the history and the good things,” said Evans. “I think a lot of times people in general look at the negative more than the positive. I think for us to be able to show a positive point of view and make it intriguing for kids rather than being like a lesson, it can be more art and be more of an experience. And we’re not done. We have a lot more to say, and we’re going to continue pushing that narrative. And we’re very thankful for Churchill Downs and the Derby for allowing us to be the ones.”