The Shape of Fashion for Fall ’22 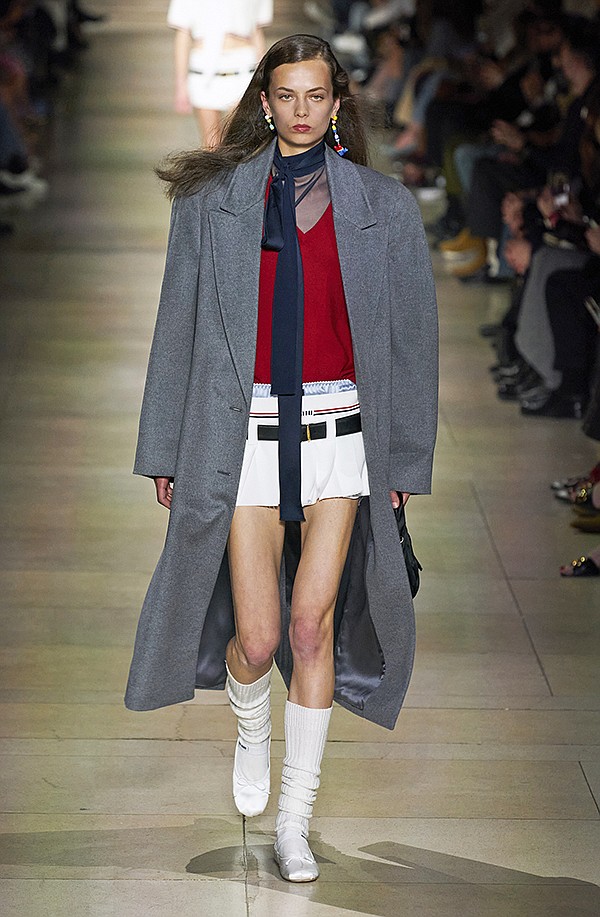 By by Melissa Moylan VP Womenswear at Fashion Snoops

The Shape of Fashion for Fall ’22 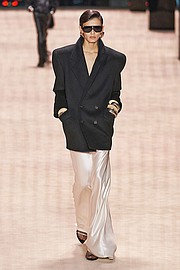 As we close out what was a very loaded fashion month and take a step back, we are reminded that fashion is an integral force that reflects the times. While it may seem trivial compared to the hardship humans are facing from the invasion of Ukraine, this season’s collections prove that the beauty of fashion can offer a glimmer of hope, even in the darkest of times.

What we saw in the Fall/Winter ’22/23 collections was notably not as skewed toward thematic direction as fashion weeks and collections tend to be. Instead, designers were seemingly all in on new shapes and silhouettes to power us through the season. That theory on hemline economics is seemingly void as both micro minis and long and lean column shapes coexist and drive much excitement this season.

Bringing back micro miniskirts for a second season is attributed to Miu Miu, while long and lean column dresses and skirts create a dramatic entrance. It can certainly be said that both short and long hemlines are important, and while minis skew younger, it’s very possible that customers may embrace both in their wardrobes for Fall.

That sense of varying contrasts in a single season is also something that recurred throughout fashion weeks. For example, column skirts or dress silhouettes set to fluid, silky materials were juxtaposed with strong shoulders on top, either in the form of blazers or tailored coats. Saint Laurent did this best, almost as if to say that there’s a real person underneath that hard exterior shell. At Fendi, Kim Jones also beautifully illustrated the play on masculine/feminine. New suits became part of the vernacular, set to baggy trousers with undeniable street cred. Also along those lines, we look forward to Gucci’s collaboration with Adidas, which is anticipated to bring tailoring to hypebeasts.

Speaking of the younger generations, Gen Z continues to evolve the conversation on sexy dressing. Coperni’s definitive nod to the teen drama series “Euphoria” was a high point, with body-con silhouettes and cutouts galore. Corset hybrids became another significant direction, with a multitude of ways to incorporate the look from seam work that emulates boning to assertive leather bustiers. And while we’re on the topic of shape shifters, the industry made strides this season by normalizing all shapes and sizes on the runways across New York, London, Milan and Paris. Even more powerful perhaps was to see such a diverse cast of models embracing the message of sexy dressing, especially at Nensi Dojaka, Supriya Lele and Ester Manas.

Ultimately the collections over the past four weeks channeled inner strength by exploring contrasts. Styling played a major role in these dominant silhouette shifts, with an outward appearance that felt of the moment. It’s almost as though in times of crisis we allow ourselves to exist in between, emulating a message and wardrobe that channels both power and delicacy in an appropriate way.

About Fashion Snoops: FS is a global trend forecasting agency helping leading consumer-facing brands around the world unlock innovation and propel growth. Through a combination of human and artificial intelligence, we analyze cultural shifts and interpret detected patterns in order to surface trend-driven business opportunities. Learn more at www.fashionsnoops.com.