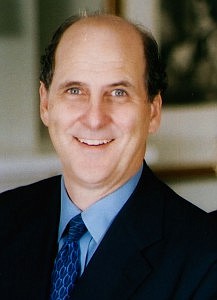 The influential Washington, D.C., trade group released its 2021 forecast Feb. 24. However, the strength of the rebound depends on the success of the rollout of COVID-19 vaccines, said Jack Kleinhenz, NRF’s chief economist.

“The trajectory of the economy is predicated on the effectiveness of the vaccine and its distribution,” Kleinhenz said. “Our principal assumption is that that the vaccination will be effective and permits accelerated growth during the mid-year. The economy is expected to see its fastest growth in over two decades.”

Retail sales are set for growth because they rest on the foundations of an already strong economy. The economy grew in 2020, despite massive challenges. Current data shows that retail sales in 2020 grew 6.7 percent over 2019 to $4.06 trillion, which nearly doubled NRF’s original forecast of at least 3.5 percent growth, said Matthew Shay, NRF’s president and chief executive officer.

“Despite the continuing health and economic challenges COVID-19 presents, we are very optimistic that healthy consumer fundamentals, pent-up demand and widespread distribution of the vaccine will generate increased economic growth, retail sales and consumer spending,” Shay said of consumer and retailer resilience under pressure.

Kleinhenz also noted that this year marks the second year of savings, record-high stock valuations, increased home prices, enhanced government support and record-low interest rates, which are all contributing factors towards the economy and consumer spending behavior. Despite high unemployment, consumers have been able to continue to spend because of government-aid programs.