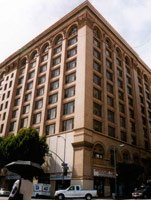 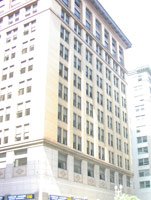 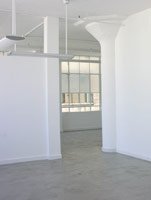 California real estate held its own in 2002, despite the upand- down economy and struggling apparel trade.

But with unemployment edging up and consumer confidence wavering, 2003 has the look of the start of another down cycle. Still, several real estate experts are expecting the market to continue to stay healthy as they count low interest rates and the availability of capital as cornerstones of their reasoning.

“Other investment alternatives such as the equity markets and fixed income [securities] remain unattractive,” said Tim Welch, executive managing director for Cushman & Wakefield Financial Services Group. “Real estate generates an annual return of 8 to 9 percent. As a result, real estate continues to be of interest to investors.”

But aside from the high-profile buildings that attract a lot of buyers, there are also other smaller ones that don’t. There are several of these low-profile buildings sitting vacant along the Broadway Avenue corridor in Los Angeles, where a number of dyers, cut and sew operations, and equipment sale showrooms are based.

And then, close to the heart of the Los Angeles Fashion District, there is a swarm of activity as new apparel showrooms, discount retail and wholesale and other businesses are going up.

The big growth arena continues to be residential real estate as landlords are renovating buildings that have either been vacant or underperforming for years. Among the residential projects set for construction next year are the Gans Brothers building at 814 S. Spring St., where Flatiron Development Group LLC is planning first-floor retail and seven floors of live-work lofts for the 1914 Classical Revival–style structure.

The Bartlett Building at Seventh and Spring streets is also slated for apartments as Mini LLC, who purchased the 200,000-square-foot structure for $5 million, lays plans to invest $20 million to create 130 units. ICO Investments is planning 340 units at 610 Main St., where it is intending to pump $41 million into reviving the Pacific Electric Railway Building. A rooftop garden will be restored, and a restaurant will occupy the first floor. ANJAC’s Orpheum Lofts, with 37 livework units above the historic Orpheum Theatre, are slated to open next summer. ANJAC’s Steve Needleman, who has already pre-leased three of the units, sees a future in downtown residential development.

“Southern California is out of space, so they’re going to come downtown,” he said. “But one factor is that it will take a few years to establish a base [with grocery stores, entertainment and the like].

A Ralphs supermarket is planned near the campus of the Fashion Institute of Design & Merchandising as well as another 800-unit development near the Staples Center, which will also help, said Needleman. “They can walk a block and a half to a grocery store. In New York, some people walk 20 blocks.”

Elsewhere, former manufacturing space at 1220 S. Maple Ave. is being transformed into wholesale apparel showroom space. The newly renovated Gerry Building continues to sign new leases with the latest being DNA, a contemporary women’s showroom that is marketing the Ossira, Toba & Co. and In Love lines in suite 604.

On the manufacturing front, warehouse space is being snapped up in emerging industrial markets such as Ontario in Southern California’s Inland Empire as state-of-the-art distribution facilities continue to be built. Among the upcoming projects are a 340,000-square-foot warehouse and distribution center in Rancho Cucamonga to be built by Sacramentobased Panattoni Development Co.

Retail property should also stay strong as companies like Menomonee Falls, Wisc.–based Kohl’s Department Stores moves into the region with 28 stores scheduled to open this spring in five Southern California counties. In addition, there’s strong demand for infill centers throughout the region.

Orange County will be one of the key growth leaders for retail space as vacancy rates have stabilized under 5 percent, according to a report by Marcus & Millichap, which added that space at major shopping centers is being filled quickly even through a sluggish market.

“A well-located project with high consumer traffic in a medium to high income area will be looked upon favorably by the investment community,” said Welch of Cushman & Wakefield.