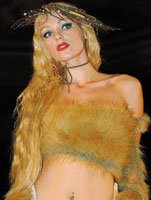 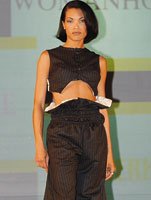 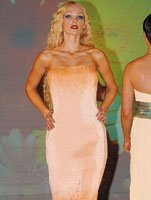 Woodbury University of Burbank, Calif., harked back to the couturiers of post–World War II Paris to mark the theme for its 38th student fashion show, which was titled “Theatre de la Mode” and held May 5 at the Biltmore Hotel in downtown Los Angeles.

While students paid homage to fashion’s historical roots, they also called upon personal inspirations to make for a wide-ranging show featuring creations that incorporated culture, nature, fantasy and color. Asymmetrical cuts were popular, as were halters, man-tailored looks and shimmering fabrics.