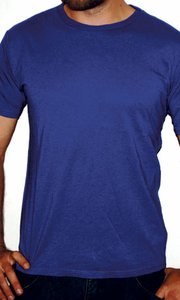 Rob Jungmann sells blank T-shirts made out of soft fabric. This description alone should perk interest in many retailers. However, Jungmann said he occasionally runs into a snag when he gives the full description of the blank tees in his

Jungmaven Ltd. manufactures T-shirts made out of hemp—a word that raises eyebrows at the mere mention. The cultivation of industrial hemp is illegal in the state of California and much of the United States. But the sale of hemp goods is legal, and there’s a growing market for hemp product such as soaps, foods and apparel.

Jungmaven basic tees are available in long-sleeve and short-sleeve styles for men and women. There is variety in the line’s hemp fabric blends, too. Jungmaven offers 100 percent hemp viscose shirts, which have a silky hand. The line also offers a 60 percent organic cotton/40 percent hemp viscose style. The Jungmaven line also offers the shirts in 22 colors. Since its debut, he has sold it in independent activewear shops such as Shasta Base Camp in Shasta, Calif., and Hempwise in Santa Barbara, Calif.—Andrew Asch