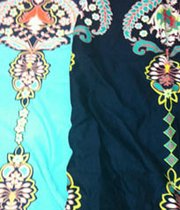 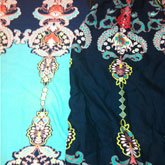 Target Corp. has been ordered to pay more than $389,000 and attorney’s fees to Los Angeles–based EKB Textiles Inc. following a recent copyright-infringement trial in U.S. District Court in Los Angeles.

A jury handed down its verdict on July 27, said Stephen M. Doniger, who represented EKB Textiles, also known as Caribbean Blues Inc. Doniger claims the verdict was one of the top four largest copyright verdicts issued by the federal Central District of California in the past two years. His Culver City, Calif.–based firm, Doniger/Burroughs APC, also won a judgment of more than $500,000 for United Fabrics International against retailer Lane Bryant last year.

quot;When you realize that it will go to a jury, you need to respect copyright—or it will cost you,quot; Doniger said.

Kandy Kiss of California, NC Apparel Inc., LF USA Inc. and Samsung C&T America Inc. had been co-defendants but were dismissed in May. A LF USA representative said the company has no comment on the case. Rollin A. Ransom of the Los Angeles office of Sidley Austin LLP represented Target in connection with a separate copyright-infringement claim filed by EKB against Target. In court documents, Ransom argued that Target had not infringed on the rights of EKB and there was no substantial similarity between the fabric represented by EKB and the print that was sold at Target.

The trial focused on EKB print #4644, a floral/paisley print with a geometric border pattern.

EKB had sold the design to various manufacturers, who then used the print to make various womenswear styles. In 2010, an EKB employee found the print being sold at a Southern California Target store for a beach coverup dress, called the quot;Beachy Keen,quot; which was sold under Target’s private-label brand Xhilartion. The colors, layout and the composition of the design remained the same, but a few details were changed. Specifically, some of the flowers in the EKB design were changed to diamond shapes, according to Doniger.

EKB’s suit was filed last year, and a cease-and-desist letter was sent to Target in March 2010. The retailer replied, saying it would look into the matter, according to Doniger, who said Target sold out of items using the EKB print by July.

The number of copyright-infringement cases has been increasing for the past decade, according to Crystal A. Zarpas of law firm Mann & Zarpas LLP. In such cases, juries and judges must determine if defendants have access to the original work and whether the original work and the alleged copy are substantially similar.

Changing a few details of the original design is not a guarantee against a copyright-infringement claim. quot;There is no 30 percent rule, as many in the industry falsely believe,quot; Zarpas said.

Copyright-infringement cases have increased because of the ease of registering a copyright, said Frank J. Colucci of New York–based intellectual-property-rights firm Colucci & Umans.

quot;We do not believe that there is any discernible pattern in jury verdicts,quot; Colucci said. However, big retailers can find themselves at a disadvantage because of their large volume of vendors. quot;Target sells numerous products that they obtain from vendors and other parties whose policies with respect to copyrighted works may not be as stringent as theirs,quot; Colucci said. —Andrew Asch