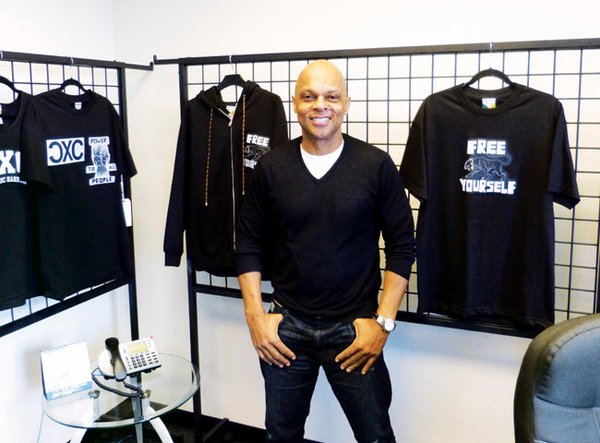 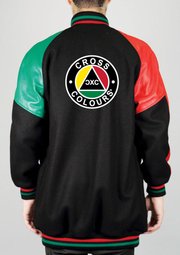 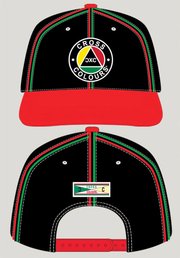 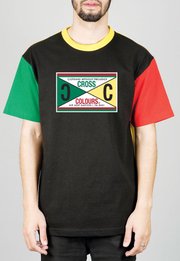 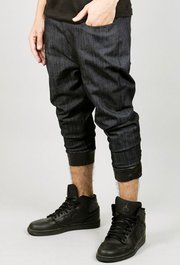 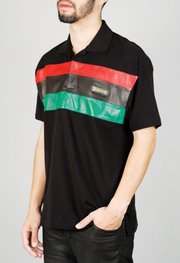 Carl Jones was caught off-guard by the meteoric success of Cross Colours when it first launched in 1989. Nearly 25 years later, he was surprised again when the trademark he had lost so many years ago became available again.

Last August, Jones took a few Cross Colours pieces with him when he went to Las Vegas to show his denim line, Bleulab, at the Project trade show. “The response was incredible,” Jones said.

The relaunched Cross Colours is officially bowing at the Jan. 7–8 run of the Agenda trade show in Long Beach, Calif. (Cross Colours will exhibit at Agenda’s New York and Las Vegas shows, as well.)

The Fall collection will launch with T-shirts, hoodies, track suits, joggers, denim, outerwear, alternative bottom-weight fabrics, caps and premium tees. Plans are in the works to add backpacks and socks, as well.

Targeting a customer base of ages 18 to 40, the new line blends familiar details from the original collection updated for the modern streetwear customer.

“Silhouette is a big factor,” Jones said. “Bottoms are much more narrow and fitted. Our tops are a little narrower but still long.”

The original color palette of red, black and green continues as the new collection’s staple colors, but Jones has broadened the range of colors, designs and patterns.

“The fashion [is] updated, but the message, the meaning and the roots are the same,” Jones said. “The world still needs positive messages such as ‘Educate 2 Elevate,’ ‘Stop D Violence’ and ‘Clothing Without Prejudice.’”

The relaunch also includes a new version of the original soutache-trimmed cap, one of many items in the collection packed with special details. A drop-crotch jean has an elastic hem—Jones called it a “jog jean”—which allows the wearer to cinch up the pant. A letterman jacket is lined with an African print, and a track suit features the signature colors in a racing stripe down the sleeve and leg, as well as in the braided drawstring on the hoodie.

“We always paid attention to details, and it’s even more so now—the competition [today] is fierce. You have to do fresh things other people aren’t offering.”

Retail prices range from $34 to $44 for T-shirts, $74 to $84 for hoodies and $34 for caps. The collection is currently 100 percent made in Los Angeles, but in the future some items may be produced overseas.

Over the years, Jones had always kept his eye on the Cross Colours trademark. The European company that had owned the trademark abandoned it, and the name became available.

“After 23 years, here we go again,” Jones said. “I think it couldn’t be a better time, with the resurgence of ’90s fashion and the streetwear takeover that is going on. Timing is everything in this business, and this is a good time for this generation to know the brand.”

Jones knows this generation well. He has a 21-year-old son who runs a weekly focus group with his peers for the brand.

The streetwear category is broader today than it was when Cross Colours first launched and created a new category everyone called “urban.”

“In the ’90s, streetwear fashion started in the East and came West. Now it’s starting in the West with a blending of street/skate/surf,” Jones said.

Interest and demand for the iconic brand never subsided—even after the original company went out of business. When Jones was researching the market to gauge interest in the brand, he discovered two independent retailers—one on the West Coast and one on the East Coast—that continued to sell Cross Colours product they were producing themselves. Instead of slapping the retailers with a cease-and-desist notice, Jones visited the stores, introduced himself and told the retailers he was relaunching the brand.

“People continued to reinterpret the brand because you couldn’t buy an authentic piece,” Jones said. “We told those retailers that the brand was coming back and it will be available to them [and said,] ‘Thank you for keeping our brand alive.’” 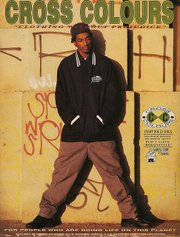 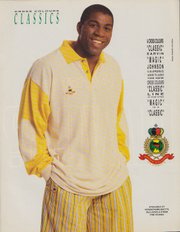 Jones had a few years’ experience designing and producing a brand before founding Cross Colours. His line Surf Fetish, which ran from 1985 to 1989, showed at the Action Sports Retailer Trade Expo. But when he launched Cross Colours in September 1989, the retailer response was instant—and huge.

“We took the brand to MAGIC and sold $7 million at that first show,” he said. “It went big fast—it was an overnight success.” In the second year, Merry-Go-Round, Miller’s Outpost and Macy’s all picked up the collection.

The line looked like nothing else in the young men’s market, and Jones was savvy about getting his brand on hip-hop musicians and other African-American celebrities. Early Cross Colours ads featured a very young Snoop Dogg and Lakers star Earvin “Magic” Johnson.

“When we launched the original collection, we just thought let’s do some cool stuff,” Jones said. “I had no idea we were creating a whole new market.”

The company struggled to keep up with demand from major retailers. To make matters worse, its top retailer, the now-defunct Merry-Go-Round chain, was heading for bankruptcy. (The retailer, which operated 1,450 stores, filed for Chapter 11 bankruptcy protection in 1994 and eventually went out of business in 1996.)

All about the infrastructure 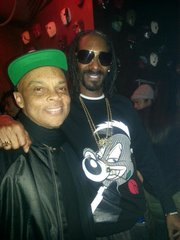 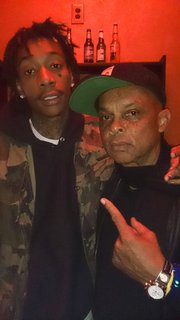 Now, more than two decades later, Jones is confident about the relaunch and focused on the lessons learned from Cross Colours’ first launch.

“The most important lesson is to make sure we’re producing the best-quality product and make sure it’s delivered on time,” he said.

Like Jones’ Bleulab brand, Cross Colours is a partnership between Jones and Culver City, Calif.–based Topson Downs. The two brands are housed at one of Topson Downs’ Culver City facilities, and the companies share some infrastructure and production capacity.

It’s a changed market, Jones acknowledges, one with fewer retailers, more competition in the streetwear category, and a social-media landscape that can provide instant feedback and promotion.

But bolstered by the initial reaction by retailers and consumers, Jones is confident about the relaunch. The company is talking to a few music celebrities about collaborations with the brand and has already participated in local events in Los Angeles and is looking to do the same on the East Coast.

“We’re looking to do more local events—what I call groundswell events,” Jones said. “It’s so important for the brand. That’s where it starts.”