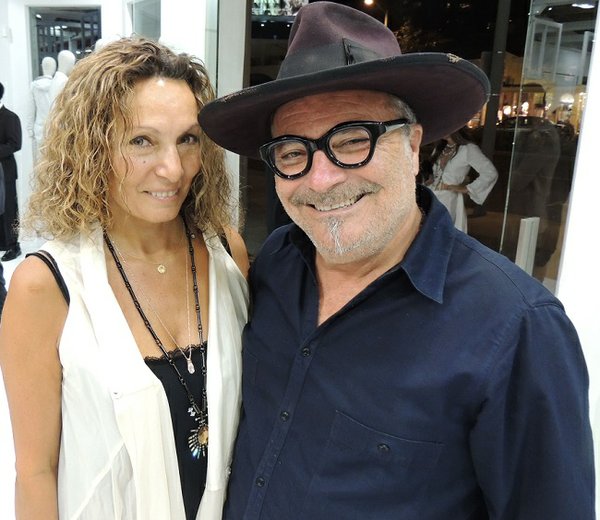 With an elegant party on May 28, the H. Lorenzo Women boutique debuted a major renovation of its store—its third in the bou­tique's more than three decades of doing busi­ness.

FOCUSED ON THE FASHION: Lorenzo Hadar, owner of the H. Lorenzo boutiques, had specific ideas in mind when it came to renovating his women’s boutique on Sunset Boulevard. He unveiled the 3,000-square-foot shop’s new look at a party on May 28.

"I wanted to do something organic, some­thing pure," Hadar said of the major redesign of the 3,000-square-foot shop, located at 8660 W. Sunset Blvd. in West Hollywood, Calif. Ha­dar was the author of the new design, which focuses on exposed ceilings, plywood racks and cases, and white floors. When he started planning the renovation earlier this year, he took pitches from several architects but did not think their proposals captured the direc­tion where H. Lorenzo needed to go. "Today you need to let the clothes talk," he said of his choice to keep a simple elegance in the store's design.

Designers currently represented at H. Loren­zo Women include Anne Demeulemeester, Commes Des Garçons, Haider Ackerman, and David Koma. It also is developing a big­ger selection of homewares. The May 28 was produced with contemporary-art nonprofit LA›‹Art.

Hadar said that he has considered opening another H. Lorenzo shop, and he has thought about opening it in downtown Los Angeles, which experienced a flurry of debuts of high-end shops in the past year.

A few months ago Hadar closed a side proj­ect/pop-up shop, called Left House, which was located at 1629 Abbot Kinney Blvd. in Venice. The lease was taken over by his son, Leran Ha­dar, and was reopened as a group of boutiques called The Piece Collective.