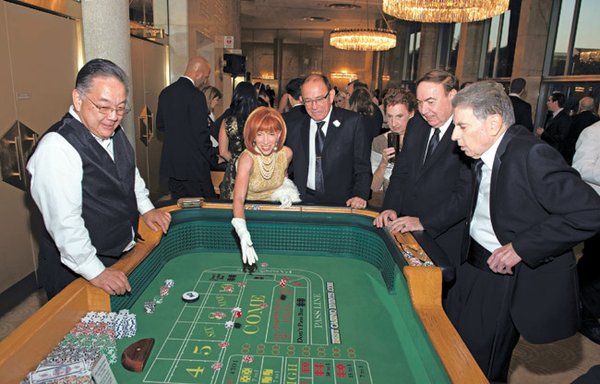 The event was dedicated to Charles F. Simmons Jr., MD, the chairman of Cedars-Sinai’s department of pediatrics and director of the hospital’s neonatology division.

Howard Leeds, who introduced Simmons, called the doctor a part of the apparel-industry family. In accepting the honor, Simmons said, “This organization means a tremendous amount to me and to the children in Southern California.”

Chemistry and technology entrepreneur Michael Lefenfeld was the gala’s honoree. Lefenfeld is the founder and chief technology officer of SiGNa Chemistry, a company that employs a chemical process Lefenfeld discovered for a variety of industries, including oil recovery, clean energy and other chemical manufacturing processes.

“I think I’m the first science nerd to be up here,” Lefenfeld said, adding that “this charity has been fantastic” and pledging to continue raising funds for this year’s projects.