Industry Voices: All Star Offensive: Converse Turns to the ITC to Protect Its Chucks Brand 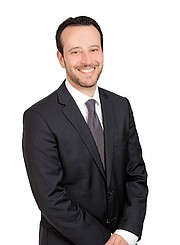 Late last year, Nike’s Converse Inc. went on the offensive against 31 companies—including Walmart, Skechers USA and Ralph Lauren—claiming that the companies are infringing upon a configuration of elements Converse claims are protected by trademark law—a rubber “bumper” running around the front of the shoe, a “toe cap” on the top of the shoe above the bumper, and lines or stripes running around the sides. These, Converse claims, are signature elements of its signature Chuck Taylor All Star.

Converse, which was acquired by Nike in 2003, wants the shoes off the shelves, along with monetary damages, and is pursuing an additional complaint with the International Trade Commission (ITC), which has the power to prevent any shoe it considers to be counterfeit from entering the country. The unusual move of pursuing a separate complaint with the ITC shows that Nike is dead-set on protecting the $1.7 billion of Nike’s roughly $28 billion in sales that Converse represents.

After Converse’s filing, the ITC “voted to institute an investigation of certain footwear products. The products at issue … are shoes that allegedly infringe or dilute registered and common-law trademarks used in connection with certain Converse shoes, such as the Chuck Taylor All Star Shoe. The complaint, as amended, alleges violations of section 337 of the Tariff Act of 1930 in the importation into the United States and sale of certain footwear products that infringe or dilute registered and common-law trademarks asserted with Converse. The complainant requests that the ITC issue a general exclusion order, or in the alternative a limited exclusion order, and a cease-and-desist order.”

Trademark cases rarely make it to the ITC, an underutilized venue for brands aiming to fight infringement, and the defendants are asking for a stay in the federal litigation until the ITC makes its determination.

Converse’s aggressive stance seems to be working. All but a few companies, including Aldo and Fila, have since settled. Ralph Lauren Corp. capitulated in January after the ITC determined that Ralph Lauren infringed on Converse’s trademarks, including “washed canvas, Western leather, camouflage shoes and bleached-denim shoes.” Ralph Lauren then had 20 days to scrap all of its 36 copycat sneakers and related “molds, parts, tools, marketing, packaging and promotional materials” and paid Converse an undisclosed amount. The ITC went wider than the “bumpers,” “caps” and “stripes.” And in February, Converse filed notice it was dismissing its case against Zulily “in view of an agreement” reached between the two parties. Converse also notified the federal court in Brooklyn, N.Y., that it was dismissing its suits against H&M and Tory Burch.

Walmart, the most famous holdout, is taking an aggressive stance, filing a claim of its own and saying it “will fight Converse’s anti-competitive actions to preserve ‘Everyday Low Prices’ for Walmart customers, claiming that “Converse is using the suit to extort monetary settlements.” In its filing, Walmart, citing Converse ads, argues that the toe caps, bumpers and stripes are “actually or aesthetically functional” and therefore “they are not subject to trademark protection.” Trademark law does not allow companies to protect aspects of their designs that are functional, and companies must also prove that consumers associate the specific design with the manufacturer. Other unyielding defendants say Converse waited so long to sue that widespread copying has made this sneaker design generic while others are arguing that the collection of elements lacks sufficient distinctiveness to function as a “source designator” to make the shoe unique and protectable.

New Balance, not named in Converse’s initial lawsuit, took preemptive action by filing a federal lawsuit denouncing Converse’s “aggressive efforts” to protect its Chuck Taylor All Star sneakers from “imitators.” New Balance first contacted Converse to ensure that New Balance’s PF Flyers shoe would be excluded from Converse’s aggressive legal campaign. In return, Converse threatened to add New Balance to the list of alleged infringers it submitted to the ITC.

Shortly thereafter, Converse issued a statement saying it “brought its case to the International Trade Commission to prevent consumer confusion, to protect its legitimate intellectual-property rights and to stop the sale of knockoff Chucks, all of which remain unchanged. We are committed to protecting our rights and will respond to [New Balance’s] filing accordingly.”

It’s important to note two other high-profile cases, Apple v. Samsung and Christian Louboutin v. Yves Saint Laurent, which recently pushed courts to look at protection issues. Most relevant to the Converse cases is the Louboutin case, where the court found that Louboutin’s signature red shoe sole was a “distinctive symbol” that represented the brand and deserved trademark status. The court stated, “The lacquered red outsole, as applied to a shoe with an ‘upper’ of a different color, has ‘come to identify and distinguish’ the Louboutin brand and is therefore a distinctive symbol that qualifies for trademark protection.” Determining factors include advertising expenditures, consumer studies linking the mark to a source, unsolicited media coverage, sales success, attempts to plagiarize the mark, and length and exclusivity of the mark’s use.

Depending on the outcome, the Converse cases may prove to be a harbinger of similar cases in years to come. λ

Nicholas Rozansky, as a partner with Ezra Brutzkus Gubner LLP in Los Angeles, litigates cases for clients in the apparel and fashion industry.