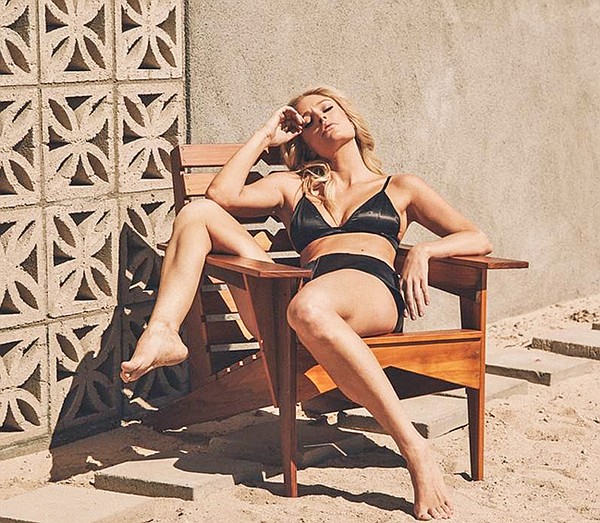 Comfort and beauty do not have to be mutually exclusive in lingerie, said designer TyLynn Nguyen.

She started the TyLynn Nguyen Intimates line in March to offer underwear that is easy enough for lounging around the house but can be beautiful, too.

For beauty, Nguyen holds up the line’s “Calla” slip for evidence. Model Gigi Hadid reportedly wore it in her appearance in a video for song “How Deep Is Your Love” from Taylor Swift paramour DJ Calvin Harris. The video was released on Aug. 4.

For comfort, Nguyen does not use underwires in bras. Rather, the garments use sturdy elastic for support. The intimates line offers a thong panty, but many of the bottoms give more coverage with a full panty silhouette.

Other looks for the TyLynn Intimates line include the “Lilly” bra, which comes in maroon and black silk. The line’s “Tulip” shorts are another look. Nguyen said that they are tap shorts intended for wearing around the house.

Nguyen grew up in Boston. She also worked extensively as a model. She is represented by LA Models for runway and has walked in fashion shows for Los Angeles gown and eveningwear designer Sue Wong and for Vogue/CFDA presentations in Los Angeles.

While studying as a fashion student, she said, she gravitated toward designing lingerie. She enjoyed wearing it, was inspired by the often intricate design of the garments, and appreciated the mystery of lingerie and how it reflects women. Much of women’s beauty is underneath, Nguyen said. “We are great creatures, but you have to get to know us,” she said.

Upcoming looks for the TyLynn Nguyen Intimates Spring Summer 2016 line include sleepwear, body suits and cotton garments. The line’s first season was made from silks imported from Belgium and Italy. However, the line is manufactured in Los Angeles. Wholesale price points range from $40 to $110, and the line has been sold at www.tylynnnguyen.com and Guild, a boutique on Los Angeles’ high-profile shopping street Abbot Kinney Boulevard. 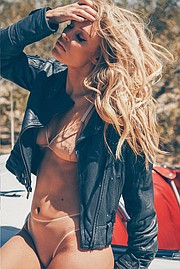