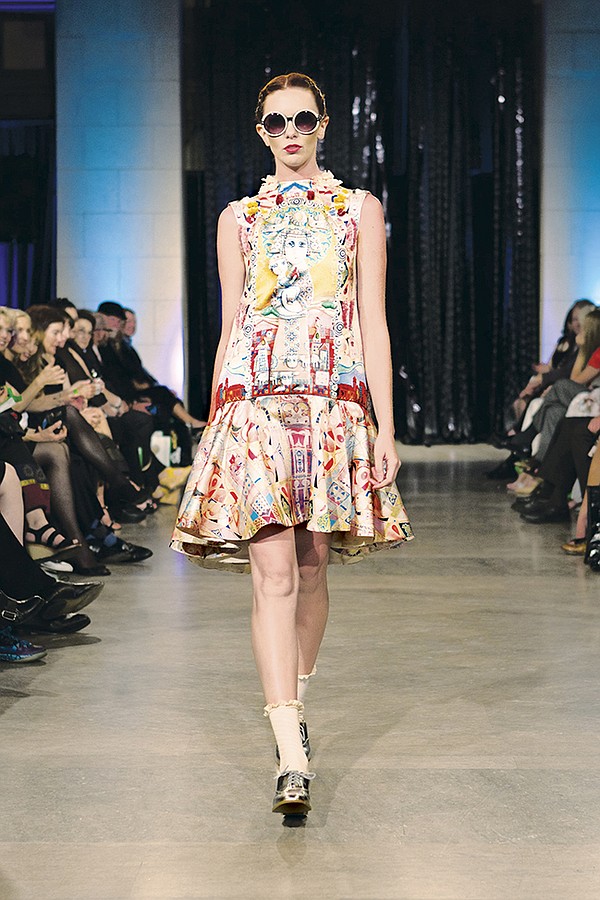 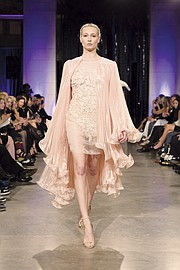 Woodbury University returned to downtown Los Angeles for its annual runway show, held May 3 at a new venue: The Majestic Downtown, a 1921 architectural gem of a building that once housed the Los Angeles Bank of America.

Kathryn Hagen, chair of the department of fashion design, opened the show, noting that this is the first group of students who were “the freshmen who started with me on this amazing journey four years ago.”

Another group of sophomores mixed linen, sequins, streetwear and inspiration from British designer Gareth Pugh for a collection of Egyptian-inspired pieces that paired the stark simplicity of linen with gold metallic accents.