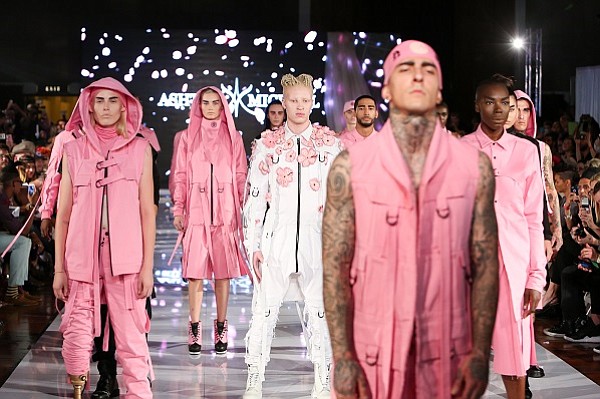 Ashton Michael: The Edge of Pink 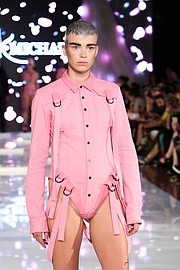 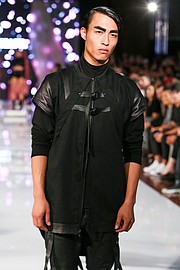 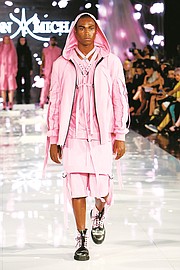 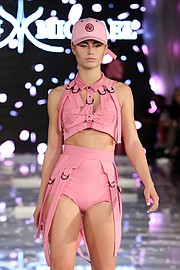 Ashton Michael doesn’t want to be typecast as an “urban goth” designer.

So when the Los Angeles–based designer was designing his Spring 2016 collection he challenged himself to work with “two things I detest: cargo pockets and pink.”

Michael created an intricately detailed men’s and women’s collection that was punctuated with pops of bubblegum pink and loaded with cargo pockets.

The designer’s aesthetic shone through, however and Michael managed to make cargo pockets and head-to-toe pink pretty subversive. The collection was presented on Oct. 10 at L.A.’s newest runway event, L.A. Fashion Week, held at Union Station in downtown Los Angeles.

Closing out the evening’s roster, the runway show drew a packed crowd. And while there was a lot of pink in the presentation, Michael also included to head-to-toe black ensembles featuring some of his signature details—sharp tailoring paired with boxy shapes and plenty of strapping that crossed the body or hung in loops from a waistband.

The finale piece was perhaps an homage to the tradition of ending a runway show with a bridal gown. For Michael, that meant a men’s tailored white zip-front jumpsuit covered in pink fabric flowers.

You can see more from the show here.