Combating Employee Misclassification Under the FLSA

Correctly classifying a worker as an employee or an independent contractor is critical. Misclassification of employees as independent contractors has been occurring in an increasing number of workplaces, and the U.S. Department of Labor’s Wage and Hour Division is responding by bringing enforcement actions against employers who misclassify their workers.

In order to combat misclassification, the administrator of the Wage and Hour Division of the Department of Labor recently issued an interpretation providing guidance as to whom the Department of Labor believes should be classified as an employee under the Fair Labor Standards Act (FLSA). It states that employer labels do not determine a worker’s classification. Instead, courts use a multifactorial “economic realities test” to determine whether a worker should be classified as an employee or as an independent contractor under the FLSA. By using this test, the goal is to determine whether a worker is economically dependent on the employer (and thus an employee) or whether the worker is in business for him or herself (and thus an independent contractor).

Although the administrator’s interpretation does not have the force of law or regulation, it very well may be afforded deference by the courts, and we therefore recommend that employers review the following six factors identified by the administrator under the economic realities test to ensure that they have accurately classified their workers. When reviewing these factors, it is important to remember that no single factor is determinative and that courts may consider additional factors depending on the circumstances. These factors should simply be used as guides to answer the ultimate question of whether a worker is economically dependent on the employer and thus an employee: 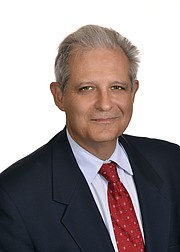 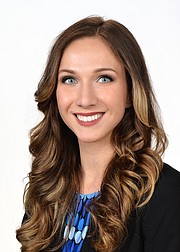 Audrey Olson is an associate in Buchalter Nemer’s litigation and labor & employment practice groups in the Los Angeles office.

The degree of control exercised or retained by the employer. In order to qualify as an independent contractor, the worker must control meaningful aspects of the work performed such that it is possible to view the worker as a person conducting his or her own business. The nature and degree of the employer’s control must be examined as part of determining the ultimate question of whether the worker is economically dependent on the employer.

The administrator notes that any analysis of these factors must be consistent with the FLSA’s expansive definition of “employ” as “to suffer or permit to work” and should be guided by the FLSA’s statutory directive that the scope of the employment relationship is very broad. The administrator claims that, under the FLSA’s broad definition of employment, “most workers are employees.” Accordingly, employers should carefully review the above listed factors and consider their relationships with their workers in order to avoid liability resulting from misclassification under the FLSA and a potential action by the Department of Labor to collect back pay for minimum wages and overtime due to an employee who has been deemed misclassified as an independent contractor.

Misclassification is also likely to result in lawsuits instituted by misclassified employees. For example, misclassified employees may claim such things as an entitlement to an hourly minimum wage, overtime compensation, family and medical leave, unemployment insurance and workers’ compensation insurance. Misclassification of these individuals as independent contractors therefore places an employer at risk of being sued for enforcement of any employment rights that allegedly were denied to these workers.

Finally, employers also will have to consider and comply with the laws of the states in which they operate. For example, California has somewhat different tests that are applied in various contexts to determine whether a worker is an employee or an independent contractor.

In sum, while discerning whether a worker is an employee or an independent contractor may not be a simple task, the potential consequences of misclassification justify taking the time to review the classification of your workers. If you would like assistance in reviewing your policies or analyzing a worker’s classification, contact counsel to determine the best course of action for your company.