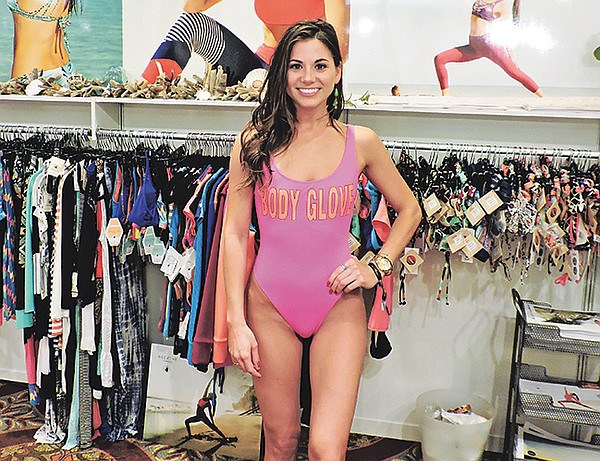 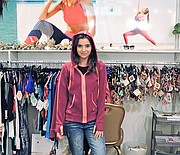 It was clear skies and big waves outside while inside the swimwear trade show the news was strong Spring/Summer sales and the importance of crossover merchandise.

It was back-to-back appointments on opening day for L*Space, according to Debby Martin, national sales manager/retail marketing for the Irvine, Calif.–based swim brand.

“We did get a nice group of walk-bys, too,” she said. “We’ve been strong at retail. We’ve been getting a nice response to the new collection.”

Martin said she primarily saw West Coast accounts but said “quite a few” retailers from the East Coast and Midwest shopped the show as well.

Many were looking for easy apparel pieces such as coverups and palazzo pants to include in their product mix. “The apparel has definitely grown—it’s probably double,” Martin said. 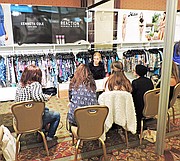 Swimwear designer Mara Hoffman is known for her detailed tribal prints, but this season Hoffman included a broader selection of prints, including floral patterns as well as more solids, said Megan Peters, senior account executive for the New York–based collection.

Peters said she primarily met with local retailers but added she did see a few from the Caribbean and Canada. For the most part, retailers remained cautious, Peters said, but many have shifted their buying patterns.

“I’ve seen a big shift from Resort to Spring/Summer,” she said. “It used to be a huge Resort business, but now Spring/Summer is growing. It’s more buy now/wear now.”

Brenda West, president of Manhattan Beachwear in Cypress, Calif., said retailers were optimistic about 2016, calling swim “the shining star.” West estimated that sales have grown by about 20 percent over last year.

Most of the retailers shopping the show on the first day were local, including Diane’s Beachwear, Tilly’s and Pacific Sunwear, said Todd David, SGS national sales manager.

Body Glove introduced several new groups and two new colors, black plum and flamingo pink. Among the new groups is the “Nineteen89,” a collection of retro-styled suits that recall the brands ’80s-era roots.

SGS was also showing pieces that worked for a variety of activities. Groups included stand-up paddle board suits and surf capris that double as yoga paints.

“Our paddlesuits have been unbelievable,” David said. “The crossover segment is the fastest growing group. It’s for activewear, stand-up paddle boarding and lifestyle. I can’t stress how well these crossover pieces are doing.”

Amber Delecce-Forge, founder and creative director of San Diego–based PilyQ, had the “first lull of the day” in late afternoon on opening day. Delecce-Forge said she had a full day of appointments with “great accounts” such as Diane’s Swimwear and Amazon.com.

The company recently launched a line of yoga apparel and towels.

“Everything started by incorporating prints from swimwear to yoga fabrics,” Delecce-Forge said.

The brand was showing coverups in a cotton honeycomb mesh, crochet styles and coordinated pieces in a perforated fabrication.

Stevens said the appointment schedule was “max to capacity,” but the company still saw some “drop-ins by very special retailers.”

Vitamin A has been “consistently 30 percent ahead in bookings since August,” said Chief Executive Officer Chris Staff. “Our reorders have been great.”

Staff said there are two significant drivers for consumers: sales and new arrivals.

There were several new brands showing at Swim Collective as well.

This was Finch’s second time showing at Swim Collective. This season, Finch carried over and updated several of her best-selling styles and added new styles, including reversible styles and the brand’s first coverup.

Finch said she was meeting primarily with local retailers at the show but said she hoped to land a few new boutiques and larger retailers.

This was the first season at Swim Collective for Rachel Sprague Janda, designer of Raz, but her third swimwear trade show since launching the line in August.

“I like to work with spas and hotels—they promote wellness and health,” she said.

Janda recently added a line of hand-painted silk coverups, which, she said, is a good fit for resorts as well as contemporary boutiques.