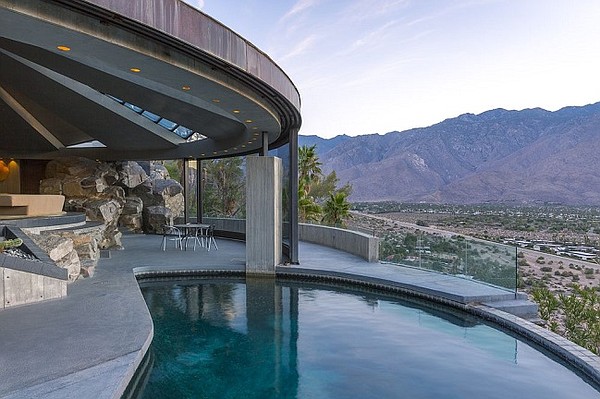 Quirky fashion designer Jeremy Scott has a new pad in the desert.

Variety, the entertainment industry newspaper, reports that Scott has purchased the John Lautner-designed Elrod House for close to its $8 million asking price.

The house was built in 1968 for interior designer Arthur Elrod and was featured in the James Bond movie "Diamonds Are Forever."

The place is huge at 8,901 square feet and overlooks the desert below. It has five bedrooms, 5.5 baths and a pretty spectacular pool.

Scott already has another abode in the Hollywood Hills, but this will be a nice weekend getaway. He is the creative director of Italian label Moschino and his styles are worn by singers Katy Perry and Miley Cyrus.

The Palm Springs house was previously owned by real estate investor Michael Kilroy who purchased it in 2003 for $5.5 million. The bank that held the mortgage, Lloyds of London, took it over in mid-May and reduced the previous selling price of $10.5 million to $8 million.