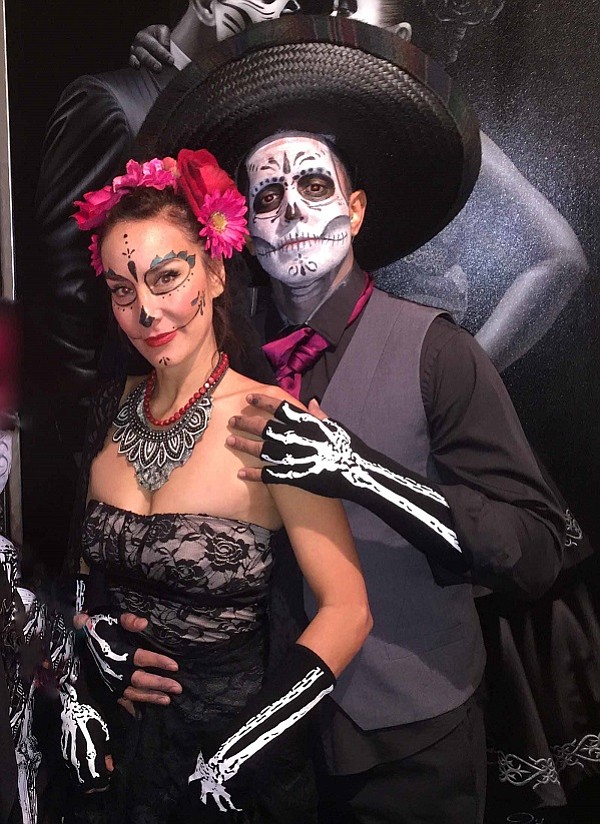 The Art and Style of the Dia de Los Muertos

The 7th-annual El Velorio—or The Funeral—returned to the Plaza De La Raza in East Los Angeles on Nov. 6.

The Dia de Los Muertos (Day of the Dead) celebration is produced by local artist Antonio Pelayo and this year’s amazing celebration did not disappoint those lucky enough to attend.

Art from more than 100 artists is available for purchase or at auction. There was also a fashion show, photo booths, face painting and Dia de los Muertos airbrush-inspired make-up, as well as a classic car show, food and drinks.

The event is the must-see event to attend during the Dia de los Muertos season!

DAMAS EXOTICAS - The rich, colorful Mexican culture has its exotic side of mystery, beauty, darkness and light. Rich in textures and colors with use of gems and feathers, ancient history and animal instincts. An iconic beauty!

HERMOSAS FLORES - The beautiful flowers are always in style with this rich Mexican culture. Flower crowns --like those seen on the Virgin and saints--are beautifully adorned in hair or flowers outlining corsets. Flowers used as framing complete the perfect detailed look.

EL MARIACHI - Going with this year's El Velorio theme, the Mariachi is symbolic in all Mexican celebrations from life to death. The music brings out the passion that is so evident in the Mexican and Chicano culture.

ESTILO PACHUCO - Inspired by 1940s Zootsuiters of East Los Angeles, the Mexican gangster look has always been around, inspiring new generations of Chicano and Mexican culture.

BANDIDAS MAGNIFICOS - Framed by the bandolier bullet belt, these strong, powerful beauties are symbolic of the proud, Mexican heritage.