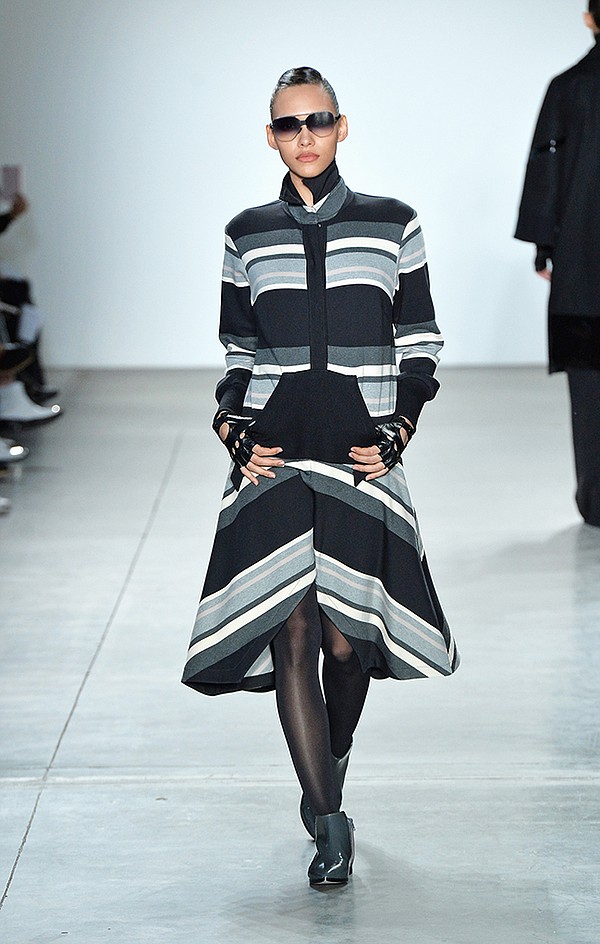 Verdad Fall/Winter 2017 on the Runway in New York

Verdad Fall/Winter 2017 on the Runway in New York 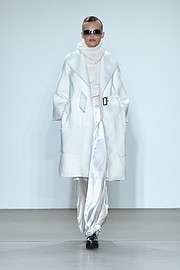 Last season, Los Angeles designer Louis Verdad showed his new Verdad label in an installation setting during New York Fashion Week. For his Fall/Winter 2017 collection, the designer returned to the runway, showing on Feb. 12 at Pier 59 Studios in Chelsea.

The designer found inspiration in the streets of Los Angeles for the collection, which featured everything from separates to gowns featuring Verdad’s deft hand at razor-sharp tailoring paired with sexy, fluid details. The designer played with layers, asymmetrical hemlines, and contrasting sheer and opaque fabrics. Bomber jackets topped knife-pleated skirts. Sweater knits and cropped plaid jackets were layered over blouses and perfectly tailored pants. The designer included cheeky details such as hip-zip skirts and borrowed some sportswear details such as the kangaroo pocket. Known for his tailored trousers, Verdad offered plenty of options, from skinny cigarette pants to slouchy pleated-style and cropped varieties.

“I see the Verdad woman as someone who travels effortlessly from LA to New York on a regular basis, so it made sense for me to show my collection during New York Fashion Week,” the designer said in a statement about the collection. “I am inspired by the women who wear my clothes in both these cities—LA for the lifestyle and attitude and New York for the precision and the playfulness.”