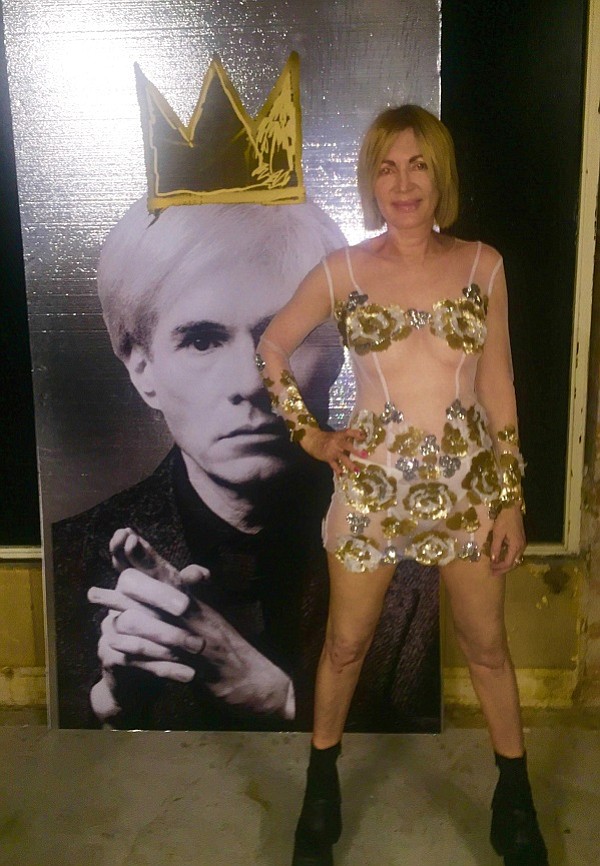 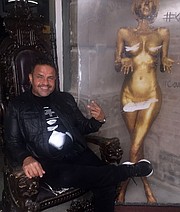 Please Do Not Enter, the one-of-a-kind curated store in the heart of downtown L.A., presented the mixed media art of Karen Bystedt on March 9 at the store, located in the historical PacMutual building across from Pershing Square.

Bystedt came up with the “King & Queen” idea when she was given the opportunity to work with images of Jean-Michel Basquiat, the late street-art painter who collaborated with Andy Warhol. Bystedt created the narrative of putting Basquiat and Warhol together as “Pop Art King/Legends,” crowning them both with Basquiat’s signature crown to make them both Kings. Bystedt is the Queen, as she’s known in the art world.

The exhibition also included other beautiful portraits by Bystedt featuring other subjects, including herself.

Guests at the opening-night reception were treated to an open bar featuring Courvosier cognac, sweet treats of crown-shaped cookies and music performance by WAV3POP. The building’s historic architecture provided the perfect setting for the lucky opening-night attendees!

Other varieties of Bystedt’s works including skateboard art; Basquiat with Warhol and her King theme throughout.

Intyceyou in TYCE Clothing with Lyrics on Denim, also pictured next to a Danny Serfaty sculpture; a Bystedt model posing next to his likeness and a fashionable art lover

Some of the eclectically dressed attendees

Designer Octavius Terry-Sims, wearing one of his own creations, with choreographer Jamal Terry-Sims, also in Octavius’s designs. Both posed for Bystedt, image pictured behind them. Michael G. Simpson’s wears his own hand-painted wardrobe from “Writings From Michael"

Accessory designer Donnie Frazier, of “Cafe de la Hue,” with his leather ties. Also shown are some of the tees and wallets available from the King & Queen exhibit.