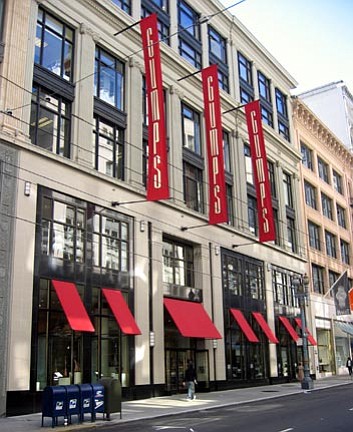 The fire sale has begun.

After Gump's Holdings filed for Chapter 11 bankruptcy protection on Aug. 3, everything is up for sale at the company's historic store on Union Square in San Francisco. It's the last of the company's outposts that sells high-end vases, rugs, jewelry, housewares, furniture and apparel to an upper-crust customer.

On Friday, liquidators Gordon Brothers and Hilco Merchant Resources announced they were conducting a going-out-of-business sale at the store and on merchandise featured in the company's catalog and online commerce site, www.gumps.com.

The Union Square store at 135 Post St. could stay open if a buyer is found to continue the business's operations. Otherwise, it will close at the end of the year.

The company said its store and catalog inventory was worth $25.5 million at retail value, but its liquidation value is listed at $8.6 million. Debts to three major lenders total $16 million.