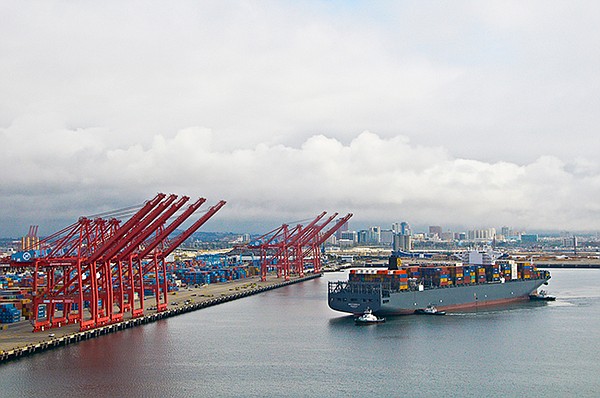 Year in Review: Trade: The Year Where Nobody Knows What is Actually Going On 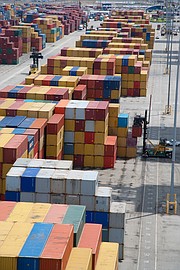 If you had to explain why the stock market is going up and down like a yo-yo, one of the reasons is the uncertainty in trade.

It has been one of the most ambiguous trade years in recent memory with major clothing corporations taking a hard look at their sourcing strategies and shifting production out of China to other low-cost countries. Vietnam appears to be the chief beneficiary of this sourcing swing because it has a good network of apparel factories.

The trade worries with China started in September when President Trump announced he would levy a 10 percent tariff on $200 billion worth of Chinese products being imported into the United States. While this didn’t cover apparel, it did encompass textiles and handbags. The tariffs, which went into effect Sept. 24, were on top of tariffs imposed earlier in the year on $50 billion worth of Chinese goods.

That rattled the markets, as did President Trump’s assertion that he would include $267 billion more in Chinese goods and raise tariffs to 25 percent at the beginning of the year.

Right now, China and the United States have declared a moratorium on their trade war while they sit at the negotiating table and figure out some middle ground. If no agreement is reached by March 1, the new tariffs would almost certainly include apparel from an industry that manufactures 34 percent of its apparel in China.

While everyone is worried about China, there is a more buoyant feeling about making clothes in Mexico. The Trump administration had threatened to pull out of the North American Free Trade Agreement among Canada, the United States and Mexico, which had been in effect since 1994.

After months of trade negotiations, on Sept. 30 it was announced that the three countries had come to an agreement to replace NAFTA. Slight tweaks to the new accord meant that sewing thread, pocket linings, elastic bands and coated fabrics made in the three countries must now come from the region. Visible linings are exempt from this requirement.

The other change is that trade-preference levels on some fabric are restricted, meaning that less fabric from outside the region will be available for garments made in Mexico or Canada to qualify them for duty-free entry into the United States.

The trade agreement now has a new name. It is called the United States-Mexico-Canada Agreement, or USMCA. The new NAFTA still has to be approved by the U.S. Congress and the appropriate legislative bodies in Canada and Mexico.

This should come as a relief to the several Los Angeles blue-jeans labels including Hudson, True Religion and 7 For All Mankind, which manufacture in Mexico. If the jeans enter duty free, companies skip paying 16.6 percent duty on cotton jeans and 28.6 percent on man-made-fiber jeans.

The average garment worker in Los Angeles makes about $480 a week versus $148 a week for a Mexican apparel worker.

In another part of the world, the U.S. trade agreement with South Korea was on the chopping block this year too. At one point, President Trump threatened to withdraw from the treaty known as KORUS, or the Korean American Free Trade Agreement.

Textile and apparel imports into the United States were not affected. On Sept. 24, Trump and South Korea’s President Moon Jae-in signed the new agreement.