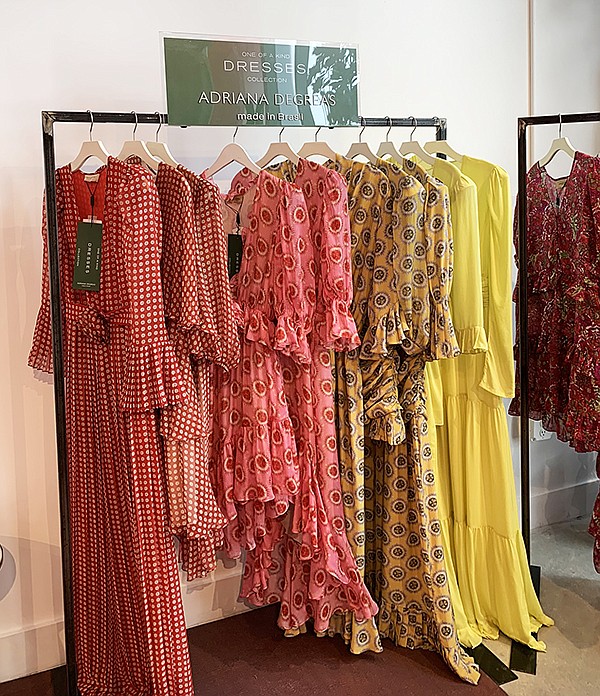 Hosted at the Faena Bazaar during Miami Swim Week July 13–16, Destination: Miami made a colorful debut in a space that has welcomed pop-up museums, galleries and fashion retailers. Destination: Miami aimed to set itself apart from the concurrent trade shows with a vibrant splash of over-the-top décor. Bright fuchsia and turquoise hues made their mark among marble and velvet seating and stands accentuating each brand’s offerings.

Destination: Miami, a new offshoot by Informa Markets that is meant to complement its popular Coterie shows in New York, builds upon the company’s mission to create value with small, satellite events. “We’re a place of discovery, and the atmosphere sets the tone to rethink each of the brands,” President Danielle Licata said. “Most of the brands here are global and relatively unknown within the United States.”

To bring the show to market, Licata enlisted a multipronged marketing strategy that included heavy digital and public-relations outreach, drumming up support among already notable labels such as Caroline Constas, Adriana Degreas and Anais. By opening day, buyers from Bergdorf Goodman, Barney’s and Moda Operandi had popped into the show, along with boutique owners from far-flung locales such as St. Barths and Monaco.

“We’re testing the market with our private label along with inviting the brands we work with to come to Miami and represent themselves before a new roster of buyers,” she said, adding that she was pleased with the pace of traffic and caliber of buyers at the show.

Many of the brands at Destination: Miami have a large online following but aren’t quite tapped into the U.S. consumer market. Juan de Dios, a 2-year-old swimwear line launched by Maria Valencia, came to the show specifically because it offered an exclusive platform. “I wrote orders with Shopbop, Bergdorf Goodman and Bloomingdale’s, and I wasn’t doing business with these stores before,” she said.

Aisha Bennett, a buyer at Mitchell’s Stores, chose to attend the event to meet with the brands she can’t catch at the larger market trade shows in New York. “I like that the legwork has been done for me with a curated selection of brands,” she explained. “As a buyer, it’s wonderful to know that someone else has gone through the vetting process for me.” Most importantly, however, Bennett will come back to Destination: Miami for its ability to stay ahead of the curve.

“These are all brands that people aren’t tapped into yet,” she said. “As a buyer, you want to be on the pulse.”