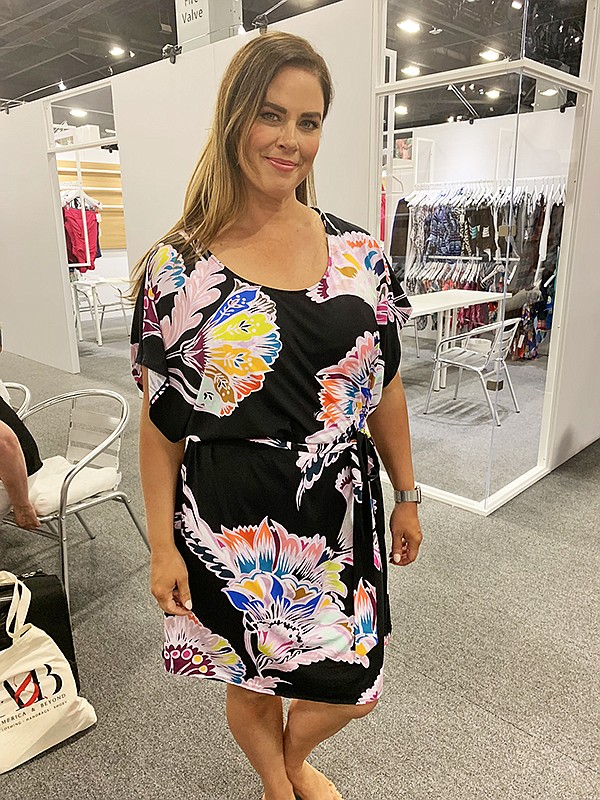 This year’s SwimShow, which took place July 13–16 at the newly revamped Miami Beach Convention Center, demonstrated the show’s stature among legacy brands. Despite increased competition from other events, some of which were held alongside it in the same venue, SwimShow held its own. Organizers managed to incorporate some of their competitors’ trendier tactics while catering to their longstanding clientele, who perhaps prefer a time-honored trade-show format over a curated, heavily Instagram-focused event.

“We’re in a completely renovated building, and the layout has completely changed, generating a lot of positive feedback among our brands and buyers,” said Judy Stein, the longtime organizer of SwimShow and executive director of the Swimwear Association of Florida.

Along with the updated format, SwimShow has incorporated several experience-oriented components into the event. A wellness section offers massages, beauty treatments and demonstrations; provides activities such as yoga classes and interactive games; and the creation of Nu Wave Swim, a multi-day platform, helps brands showcase their collections in an experiential setting.

“We felt there was a missing element to do something on a more intimate scale,” Stein said of the decision to launch Nu Wave Swim, which includes the participation of a variety of influencers, including Seth Browarnik, the founder of the Miami socialite platform World Red Eye. “We feel that Nu Wave Swim brings back the excitement, particularly at a moment when influencers are creating buzz and excitement for brands.” Across the board, many of the brands at SwimShow are adapting to the industry’s thirst for more-intimate, curated experiences while considering how seasonal shifts and increased demand for inclusive sizing is revolutionizing fashion on a global scale.

“We’re focused on body positivity and inclusivity, offering the same pricing and avoiding dumbing down the style of each look,” Shumlas said. Trina Turk showcased its Seychelles-inspired swimsuits, rich with texture and dimension, in retro peacock, orange and berry hues.

Shumlas noted that the company made several key investments to ensure its success at SwimShow this year. “Overall attendance is up for us, and we believe it’s because we upgraded our booth and invested in more marketing and public relations around the event,” said Shumlas. “In prior years, we had a smaller, more closed-off booth, and this year we created an open-plan format that’s more inviting.”

Legacy brand Gottex made similar adjustments to encourage a more inviting format, offering a classroom-style presentation within their booth in lieu of a runway show. “This format gives us an opportunity to work closely with our customer, creating the ability to get targeted feedback on each of our styles,” the company’s incoming president, Karen LeFerriere, said.

Other retailers are noting that seasonal shifts are affecting their business and forcing them to get creative regarding how they might better service their customers. “Winter is being prolonged, and that’s having an impact on retailers,” said Rose Montoya, the creative lead at Dippin’ Daisies. Rod Beattie, the creative director of Bleu/Rod Beattie, noted that he’s responding to the shift by offering an “Early Cruise” line, which delivers in early December.

Considering these changes, most brands at SwimShow continue to see the value of attending the event as an opportunity to touch base with their customers, even if the weekend doesn’t end with confirmed orders. “We see the most accounts here,” said Meredith Glasser, vice president of sales at Anne Cole. In addition to meeting with Macy’s, Dillard’s and Lord & Taylor along with smaller Caribbean and Mexican accounts, Glasser noted they also had 10 promising walk-ins.

Skipping other trade shows in favor of spending all of her time at SwimShow, Christina Espino, owner of the Texas-based Glow Tanning & Boutique, mentioned that she decided to attend the event for its “exclusive focus on swimwear.” “I feel that they have more brands to choose from and they’re presenting brands I’ve never seen before, which is what I strive to offer my customers,” she said, noting that she intended to write as much as $30,000 worth of orders by the end of the show.

Considering the continued strength of SwimShow’s platform and its decision to refresh its branding and programming, it’s unlikely to feel the effects of seasonal shifts and increased competition. “I really feel like they’ve injected new energy into the show, and we’ll definitely keep coming back,” said Beattie.