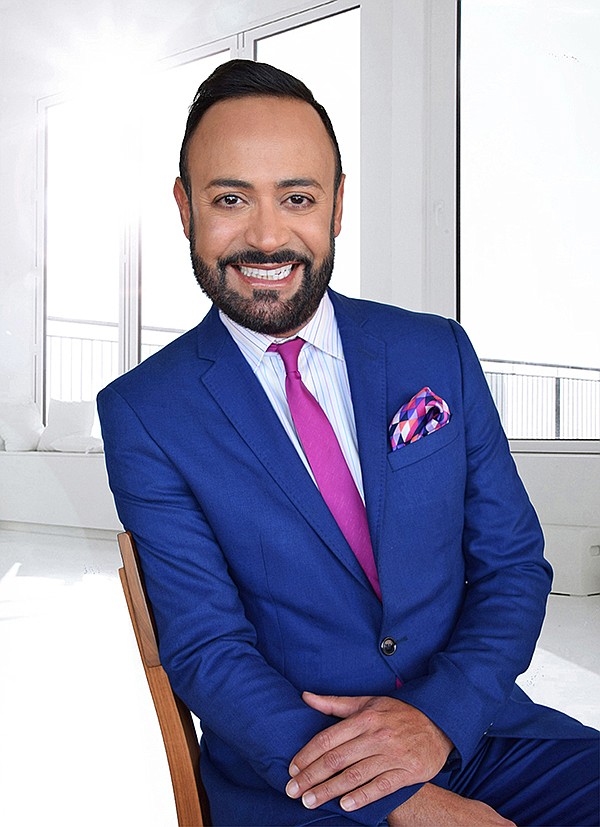 Back in 2005, when I applied for the second season of “Project Runway,” I would never have imagined the crazy ride on which the show would take me. I was a working designer, co-running my line, Nikolaki, with my partner, David Paul, as well as having a part-time job as an instructor at the Fashion Institute of Design & Merchandising.

Somehow, in my naiveté, I figured I could add something else to my already full plate. “Project Runway” had only gone through its first season, but word was spreading and I saw it as a chance to further my fashion-design career while elevating our business to the highest level. I went to the castings and received a “You’re in!” from Tim Gunn.

Since then, I have been a casting judge for more than 15 seasons, traversing the country looking for the most-talented designers in every city. Recently, I was asked to come aboard the new-and-improved “Project Runway” as a consulting producer.

In this new role, I have been tasked with a wide range of assignments. My job is to be the fashion voice for the show. One of the most important duties I have involves the casting process. In all of my years of being part of this exercise, I have pocketed some helpful tips for anyone who seeks success on the show.

Know how to sew

This may seem like the most obvious thing, considering this is a show about creating clothes, but season after season I cannot tell you how many prospective designers have shown up to the interview without knowing this basic skill. While I would say that the majority of the applicants we see can sew, there are always some who fall through the cracks. It shocks me still that there are people applying to be on the show who think there is a team of seamstresses in the back room ready to sew all the garments!

Have some knowledge of draping and patternmaking

This second tip is an extension of the first. Most designers, whether just starting or established, have some knowledge of draping and patternmaking. They might have learned this on their own or through a formal education. To be on “Project Runway,” you have to create your designs from scratch, and this involves using a dress form, draping on the dress form, and making the pattern of your design so you can then cut and eventually sew it. These are the basic steps. So, not only do you have to have the mastery of these disciplines but you also need to do all of them fast!

Get your social-media profile in order

When weeding through the hundreds, if not thousands, of applicants, one of the first steps we take is to review each applicant’s social-media presence. Many aspiring designers will send a link to their Instagram pages, and it is not a positive sign when we have to scroll to the 20th image in order to see any examples of the applicant’s fashions.

Keep your personal Instagram page separate from your business account. Back in the day, many people would send website or blog links, which is still helpful, but a simple Instagram account representing your brand is perfectly acceptable. It should showcase your work—not photos of you in Las Vegas with a margarita in your hand. We don’t want to see that side of you. We want to see if you can design and make clothes!

Try to make a complete outfit, or a dress, in 12 hours—from sourcing fabric to sewing the garment. Most of the show’s challenges involve either one or two days, totaling approximately 10 to 14 hours of work. A helpful practice is pretending to complete an actual “Project Runway” challenge in the same amount of time as our contestants using guidelines similar to those established on the show.

Be prepared to present

When I decided to attend the Los Angeles castings of season two of “Project Runway,” all they asked of applicants was to bring three examples of their work plus a portfolio. In addition to the minimum, I also brought a six-foot-tall model who just happened to be a good friend. I was the only person with a model, and it did the trick, allowing me to move to the front of the line. Over years of casting, more aspiring contestants now show up with models. While it is not required, it is helpful, especially if your designs don’t have, as we say in the industry, “hanger appeal.”

Also, make sure you’re prepared to present by practicing in front of friends or family. While many people do not know how to sell themselves or are not comfortable speaking in front of others, this part of the casting interview is important—it tells us who you are and, frankly, if you will be good for television.

Be genuine, be yourself

Casting professionals have a keen eye and can easily spot real personalities, but they can also recognize those that are fake. If you are nervous, it’s okay! If you’re confident and self-assured, use it. We want to see the real you. Just be yourself. Viewers love watching the intimate and sometimes gut-wrenching process of clothing creation, but they also want to relate to you.

Lastly, if you are lucky enough to be chosen for the show, be consistent about your designs while competing. Establish your brand and your design aesthetics starting with the first challenge. Who are you as a designer? Are your designs avant-garde, minimalist, extravagant or streetwear? Be consistent throughout the show so the judges begin to recognize who you are as a designer.