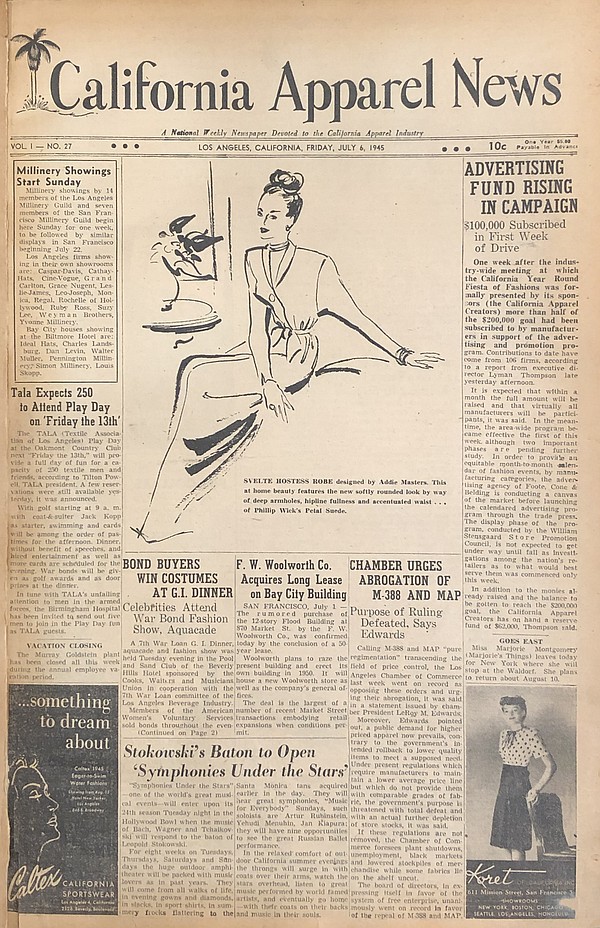 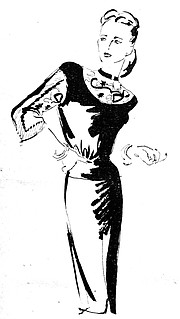 In 1946, the first full post-war year, spirits are high, and there are “scores of expansion plans.” In February, California Apparel News founder and editor Joe Osherenko is preparing to launch The Californian magazine. The national newsstand publication is marketed as a source for “inspirational fashions born of the California way of life.”

California Apparel News editor Osherenko writes about the apparel industry in the new Atomic Age. “We can help to render [the atom bomb] impotent by contributing to a way of life so pleasant for all that none will be seized with the fiendish desire to use it toward our destruction.” As apparel-industry servicemen return from war, they are recognized and saluted. Now in its third year, the Textile Association of Los Angeles has grown to 270 members, and the University of California, Los Angeles, launches design classes in continuing education. By April, the Chamber of Commerce reports that more than 10 percent of the consumer’s 1945 dollars spent in California retail stores are dedicated to the purchase of apparel.

In March of 1946, five California apparel companies, including Cole of California, agree to set up production in Australia, sharing space in a converted former small-arms factory in the prime minister’s hometown. The umbrella company, California Productions, Ltd., is controlled by Australian business interests, but the California companies retain their identities as subsidiaries. The popularity of California apparel is evident, yet, during April’s market, London-based visitors are said to be “just looking” because of the British government’s ban on imports of U.S. merchandise. The British buyers say they plan to import California fashion as soon as the restrictions are lifted. 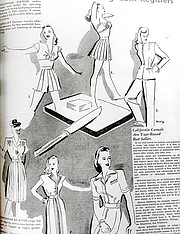 Post-war women’s fashions lead to more-feminine styles, as waists are defined and busts accentuated in tasteful silhouettes. This move away from the styles worn during the war when rationing was emphasized and women were encouraged to conserve fabric or update existing garments, aligns with the culture shift of women abandoning their roles in factories and returning to life as homemakers. Prepared to fulfill their domestic duties, women begin to wear gentler, feminine styles, epitomized in the first collection by a designer from Paris named Christian Dior—whose garments accentuate a woman’s shape and curves—when they are unveiled in the French capital early in 1947.

During the 20th anniversary of the Academy Awards ceremony, a new category is introduced to acknowledge the work of the dedicated artists who create costuming in film. With the introduction of the Oscar for costume design in 1949, the academy chose to highlight the work of costumers in two different categories—color and black and white. The first recipients are “Hamlet” and “Joan of Arc.” 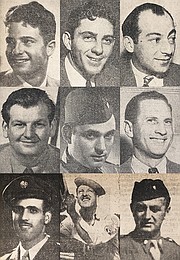 Some of the many servicemen returning to the apparel industry 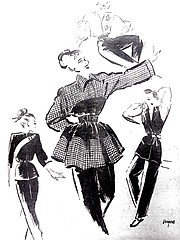 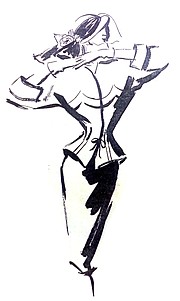