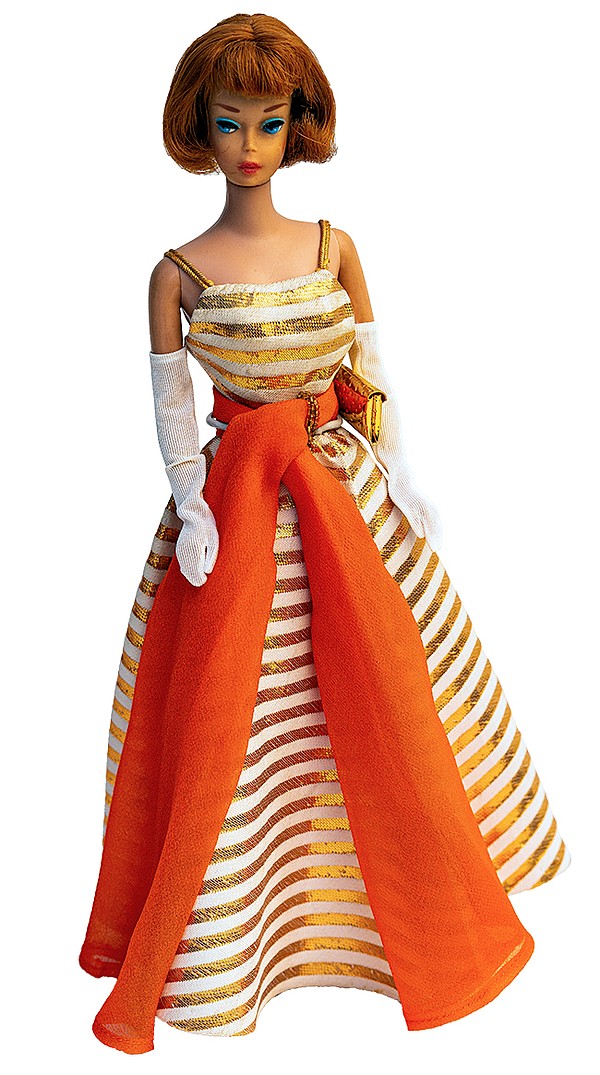 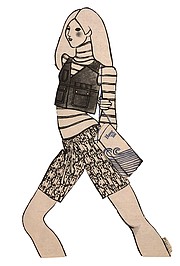 A Hang Ten advertisement from 1969

The Democratic Party nominates John F. Kennedy for president at the 1960 convention in Los Angeles, and local retailers celebrate the event. Stores are decked out with banners, bunting and flags. May Co. wins the race with red, white and blue marquees over its entrances proclaiming “Welcome Democratic Delegates!” A few days before the presidential election, a poll of California Apparel News readers is published with approximately 71 percent of those polled supporting Republican candidate Richard M. Nixon. One week following the election, an article is published with the headline “California Apparel Industry Takes Election of Kennedy in Stride.”

Rather than reducing personnel in retail establishments, the increased use of electronic computer equipment is expected to play a part in adding people to the retail workforce as indicated this week by Stephen C. Bilheimer, president of the retail giant Silverwoods. Bilheimer, who serves as chairman of a Los Angeles Chamber of Commerce research-committee panel, asserts that the increased efficiency and rapidity made possible by automation in merchandising and accounting procedures have spurred store expansion.

Rudi Gernreich, best known for his topless monokini, captures the 63rd annual Coty American Fashion Critics Award. This is Gernreich’s second Coty Award. In 1960, he was the recipient of a special honor for revolutionizing swimsuit styling and creating a great American classic in his knit maillot. The Coty Award is fashion’s most coveted honor based on creativity of design and high standards of workmanship. It is designed to recognize both fresh new talent and mature and consistent design ability. 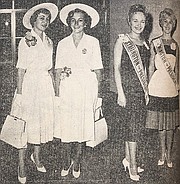 Casual fashions and primarily patriotic colors in white, with red or blue or both at the Los Angeles Sports Arena to align with the Democratic convention

Fashion experiences a revolution in the 1960s with California serving as one of the hubs of the style shift. The state served as the cradle of denim workwear in the late 19th century. By the 1960s, denim is the uniform of stylish youth, and California designers and entrepreneurs build it into a multibillion-dollar business. Around the same time, the big wave of surf fashion starts in California with brands such as Hang Ten. While bikini swimwear was introduced in France just after World War II, California designers make the bikini popular fashion on almost any beach. As 1960s fashions evolve, think Nehru jackets, paisley prints, miniskirts and tie-dye.

For many years, people doing business in California’s fashion market had been saying, “What this market needs is a central location, a merchandise mart that will be the focal point. We’re too scattered. This market isn’t as convenient as it ought to be.” On Jan. 30, 1964, at 5 p.m., the California apparel-industry merchandise center was officially unveiled. Tower A of the California Mart, on which its first piece of steel had been laid on Jan. 20, 1963, held its grand opening ceremony with Mayor Samuel W. Yorty dedicating the building.

“And the winner for the best-dressed actress is—Barbra Streisand!” The scene is the Costume Designers Guild annual awards dinner-dance at the Century Plaza Hotel. Streisand was feeling good. She had even stopped for photographers when she entered the lobby of the hotel. “It is very flattering for a professional person to receive an award, but to me the most flattering thing is to be recognized as a woman…and what other field represents women more than fashion?,” she says while accepting the gold trophy.

Carol Spencer gains fashion fame when she begins designing for Barbie, the doll that would go on to become a sought-after toy in the United States and gain status as a cultural icon. In April 1963, Spencer answers a help-wanted ad she saw in California Apparel News. Toymaker Mattel was looking for someone to make outfits for Barbie. Spencer made several pieces for Barbie, including a halter top and a boy-short bikini for the doll. Spencer secures the Mattel job and makes a career out of dressing Barbie.

Fashion education gains momentum at the end of the 1960s when the Fashion Institute of Design & Merchandising opens in downtown Los Angeles in 1969. Founder Tonian Hohberg builds FIDM through her vision of establishing an institution of higher learning for students who are focused on developing artistic skills and design. The location in downtown Los Angeles at 919 S. Grand Ave. affords students an environment immersed in the apparel-making industry and the glamourous style-centric culture of Hollywood. 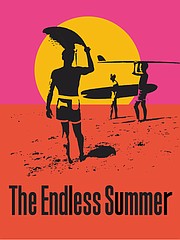 At California Apparel News, the people who put together the paper also made major contributions to popular culture. Among them is John Van Hamersveld, who served as art director for Style Magazine, a California Apparel News publication. He is best known for designing some of the 1960s iconic images, such as the poster for the pioneering surf film “The Endless Summer” as well as the album covers for the Beatles’ “Magical Mystery Tour” and the Beach Boys’ 1967 album “Wild Honey.” In later years, Hamersveld worked on covers for the Rolling Stones’ “Exile on Main Street” and Blondie’s “Eat To The Beat.”

On Ocean Avenue in San Francisco, Don and Doris Fisher open the first Gap store in 1969. The store’s mission is to ease the process of buying jeans, selling men’s Levi’s plus music, referred to as “record tapes” at the time. In addition to their dedication to offering denim, the Fishers are also committed to running a business that will contribute to the greater good. The couple’s commitment to the community lays the groundwork for a business they hope will positively impact the world. 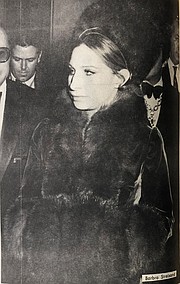 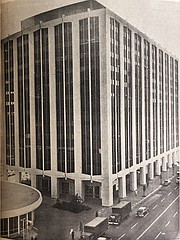 The Gap Store on Ocean Avenue in San Francisco, circa 1969