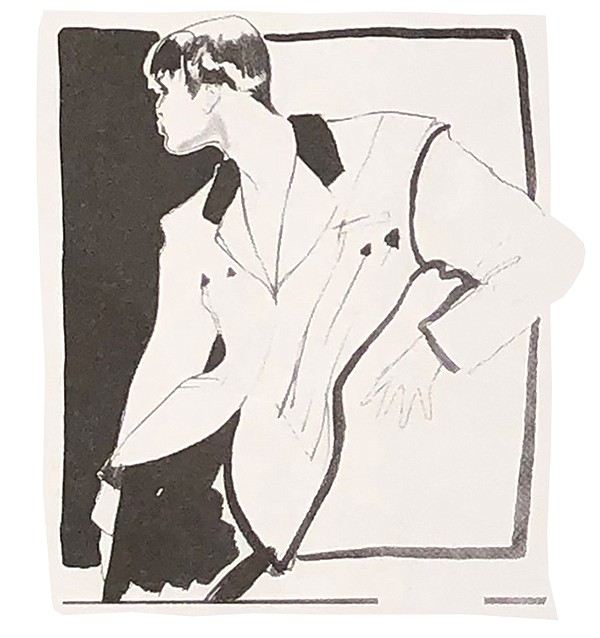 Apparel becomes a new, profitable and very visible form of movie and celebrity merchandising. By 1980, seeing a film title or a famous name on clothing is as common as seeing them on a movie marquee. The reason for it is the explosion of licensing. New apparel lines with names ranging from Xanadu to Urban Cowboy, from J.R. Ewing to Italy’s Jesus, pop up more frequently as more manufacturers, in addition to movie and television studios, realize the financial benefits of celebrity licensing.

Flexible and colorful dancewear, previously considered to be a specialty item, shoots into the market with a versatility that is unmatched. Once hidden in dance studios and exercise gyms, leotards now triple as swimwear and outerwear—with legwarmers and tights complementing the new trend—adding a new spectrum to the apparel industry. The big news comes with the introduction of a cotton/Lycra blend, adding comfort and offering a breathable flexibility that is perfect for a vigorous workout.

Nobody Does It Better Than California, Say Buying Office Execs

Nobody does it better than California, said representatives of local apparel-buying offices in a survey covering the appeal of California-styled clothing. “Californiawear” continues to receive mass consumer acceptance that is projected to continue for the unforeseen future, according to the buyers’ report. The look is casual and the feeling is fresh, designed primarily with the body in mind for comfortable, versatile wear. California designers accurately target the look, said the representatives, but the look itself is purely homegrown—spawned by the California people and advanced by the designers.

Like other young, married professionals with successful careers, Susan and Tommy Hilfiger often experienced the bittersweet pangs of irony that often accompany success. The Hilfigers, unlike most married designers, preferred working on separate collections rather than restricting their talents to one label. Both created silhouettes that captured the ease and simplicity of the popular fashions in 1983. Their Click Point and O’Tokyo brands maintained a distinct and often complementary philosophy in design and concept. 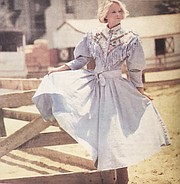 The Best of the West

The revival of the Western cinema, namely “Silverado,” marks the return of a gamut of western-inspired attire cast in a variety of styles for the junior-contemporary market. As a prelude to Spring 1986, looks with the fervor of the American Heartlands take a formidable position in denim, chambray and homespun fabrications. Chambray is touted as a favorite, particularly strong in shirtwaist and dropped-torso dress silhouettes. Bustiers with full-circle skirting are scene stealers.

Surfwear Is More Than a Passing Wave

Like many other popular sports, surfing becomes more than a pastime—it evolves into big business. An accredited professional sport, surfing becomes the center of network-covered competitions, stacks of magazines, as well as profitable equipment, apparel and accessories. The surfer look is a fashionable mainstream style. While the majority of retail stores that cater specifically to the sport’s enthusiasts are owned and staffed by surfing aficionados, a few swimwear manufacturers such as Eeni Meeni and Ocean Pacific embody the spirit of the surfer look and beach lifestyle. 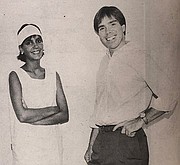 In 1967, department stores are thriving, so who would have thought that 20 years later a store resembling a jungle and carrying safari gear and housing a jeep careening out of its storefront would be among the most successful retail operators in the country? Or that a chain of Victorian boudoirs, complete with 19th-century antiques and soft pink lighting in a perfumed atmosphere, would set the intimate-apparel world on fire? Apparel specialty-store owners with a tremendous amount of foresight and ambition did. Of course, stores like Banana Republic and Victoria’s Secret went on to have a lot of company.

Admitted to the Chambre Syndical Du Pret-A-Porter Des Couturiers et Des Createurs de Mode in 1988, Patrick Kelly becomes the first American to have the honor of being included in the French trade organization for women’s ready-to-wear apparel, placing him among some of fashion’s most iconic designers. According to the Council of Fashion Designers of America, Kelly, who was born in Mississippi, still faces challenges in Paris as a Black designer. He responds to these hurdles by supporting Black women on the runway. 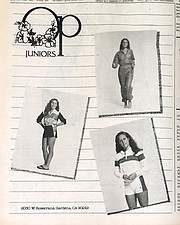 Surf Fetish colleagues TJ Walker and Carl Jones launch Cross Colours in Los Angeles with a new concept that steers streetwear influences from the late 1980s into the early 1990s with models including Djimon Hounsou, Dr. Dre, Snoop Dogg and Earvin “Magic” Johnson, in addition to a celebrity following that includes Tupac Shakur, TLC and Jamie Foxx. Taking in orders of approximately $10 million during the February 1990 edition of the MAGIC trade show and with an undeniable popularity among young people, the colorful brand with a message of peace, unity and beauty within underrepresented groups proves its profitability and impact.

The Tale of Tyler the Tailor

Richard Tyler, an immigrant from Melbourne, Australia, becomes a true-blue Angeleno. Achieving the California dream, Tyler sewed and cut his way into the elite group of the state’s custom and costume designers catering to the luxury market’s power dressers within the entertainment world. His men’s and women’s suits appeal to the Armani set because of the precisely placed handmade details and the glove-like fit. 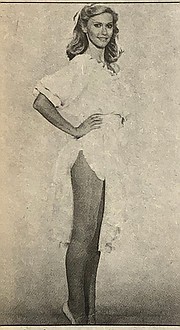 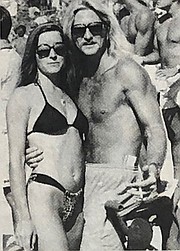 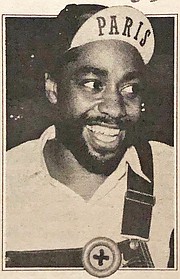 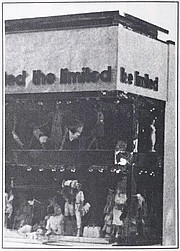