And They’re Off! Web Exchanges Jockey for Position

Business-to-business e-commerce sites start gaining momentum for the apparel industry in 2000. The exchanges are pitched as being able to boost profits by bringing together buyers and suppliers globally and by condensing the product development cycle. Two of the industry’s biggest names, Walmart Stores Inc. and New York–based branded manufacturer Liz Claiborne Inc., are early adopters of the technology, investing millions to create exchanges for their employees and suppliers. Just a few years later, these sites would help transform the business.

The Tukatech fashion-technology company opens a Tukacenter in downtown Los Angeles in May 2001. Tukatech executives hope the Tukacenter will bring high-tech CAD-based patternmaking to the masses. The opening draws a number of industry dignitaries. Ram Sareen, Tukatech’s CEO, is quoted referring to the center and its technology offerings as providing a day of liberation for Los Angeles’ smaller manufacturers. The small businesses may not otherwise have been able to afford the price tags of similar CAD systems, digitizers and other new technology from his competitors, he said.

California is the cradle of denim styles, and Los Angeles is the site of a major growth spurt in denim during the early 2000s. People from across the world travel to L.A. to show new denim designs and strike it rich in this era’s denim rush. Independent designers including Huzzi are showing denim styles at independent fashion shows such as one produced by the Coalition of Los Angeles Designers in November 2002. Brands that are already making a name for themselves such as Marithe + Francois Girbaud also unveil denim looks during special events at the California Market Center.

Schedules clash for separate Los Angeles Fashion Week producers. The owners of Smashbox Studios in Culver City, Calif., where five days of fashion shows are held in fall 2003, and the organizers of Mercedes-Benz Shows L.A., which stages fashion shows during the same week at the Downtown Standard Hotel and nearby University Club in Los Angeles, are urged to coordinate their events by people in their growing audiences.

Iconic designers and retailers ranging from Prada and Michael Kors to BCBG Max Azria spend much of 2004 opening new shops on Rodeo Drive or expanding their stores at Beverly Hills’ top address for high-end retail. The year’s flurry of real-estate activity on the 300 and 400 blocks of North Rodeo Drive is a confirmation that the luxury market is strong, witnessed by the spike in consumer interest in the premium-goods category.

Surrounded by scores of workers making blue-jean samples in Vernon, Calif., Gov. Arnold Schwarzenegger announces on July 29 that the state would mount a major campaign to root out garment contractors not complying with state labor and tax laws. Employment sweeps are made in various cities in California to find apparel makers who are not paying their workers a fair wage and do not have garment-manufacturing licenses. 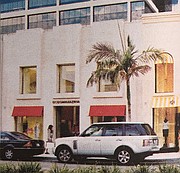 Melrose Place: Off the Beaten Path and on Designers’ Radar

Fashion houses Oscar de la Renta, Monique Lhuillier and Chloe open new boutiques on Melrose Place during spring 2006, as does New York–based Carolina Herrera with a red-carpet opening for her new boutique. During the years that followed, fashion houses such as Balenciaga and Isabel Marant would open shops on the quiet, tree-lined street that veers off of busy Melrose Avenue.

When Isaac Nichelson pitched designing organic fashion lines to various activewear labels before 2003, the designer and consultant consistently received red lights for green fashion. “I remember one guy telling me, ‘It’s just too expensive to save the Earth now,” Nichelson remembered. But Nichelson found that trends had caught up with him. The same labels that might have initially rejected his ideas came to embrace his environmental expertise.

“Better than April!” This is the recurring refrain among exhibitors at the October 2009 run of the Los Angeles Majors Market, which features juniors and volume merchandise and is geared toward department stores and chain retailers. Many department stores and chains had taken steps in the previous year to protect themselves from the ravages of the Great Recession, one of the roughest economies in memory. 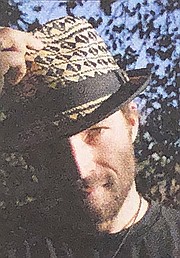 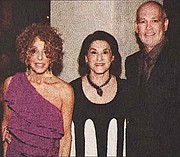 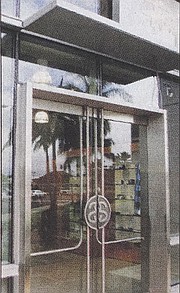 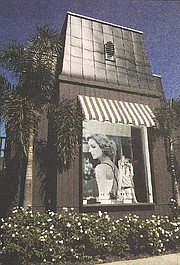