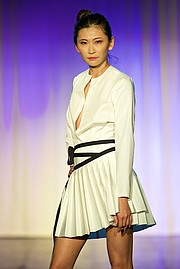 On Sept. 21, Los Angeles’ West Hollywood, Calif., neighborhood would become the first city in the United States to enact a ban on the sale of fur apparel and accessories. Passed on Sept. 19, 2011, by a vote of the City Council, the legislation’s date of implementation is pushed back to 2013. Affording time for retailers to adjust to the new legislation, the city allows a 60-to-90-day grace period, though West Hollywood’s Code Compliance Department will issue warnings. After the period is over, businesses would be issued citations, with three of these tickets within a calendar year bringing the potential of a misdemeanor charge.

During the October 2014 edition of Los Angeles Fashion Week, a benefit runway featuring brands including Single, Sea of Pearls, FBF by Checka, JHaus and Bri Seeley is held at the W Hollywood hotel in support of Dress for Success. Building on this momentum, the local fashion community strengthens its commitment to the cause Nov. 20–23 with more than 100 apparel brands participating in a pop-up event to benefit the Los Angeles chapter of the international nonprofit organization. Proceeds from the event are used to aid women from disadvantaged backgrounds by preparing them for interviews 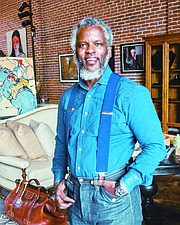 The Harlem, New York–based advocacy group Fashion Row, which supports designers of color, unveils its first Los Angeles event on Feb. 6, 2015. Hosted during the same weekend as the Grammy Awards and the NAACP Image Awards, the event takes place during a time that affords a high amount of exposure for underrepresented designers. Devoted to the work of African-American designers, the event is held at an estate in Beverly Hills. Los Angeles luxury designer Kevan Hall opens the show with pieces from his eponymous label’s Spring 2015 collection. Additional pieces shown are from a roster of designers that include Kimberly Goldson, Waraire Boswell and Joseph Bethune.

Emerald Expositions LLC, the SanJuan Capistrano, Calif., event producer that owns Surf Expo and Outdoor Retailer, buys sibling trade shows Swim Collective and Active Collective. Former owner and founder Shannon Leggett and his team will join Emerald Expositions. The sale is made for an undisclosed amount. Launched in 2010, Swim Collective is a biannual trade show hosted in Huntington Beach, Calif., that welcomes professionals from the swimwear industry. Active Collective was launched in 2014 to bring a focus to the activewear segment. 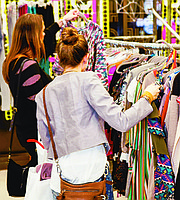 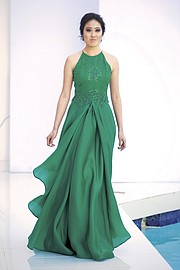 Vegan Fashion Week Launches in L.A. With Fashion and Activism

Founder of Le Frenchlab creative agency, Emmanuelle Rienda, sets out on a mission to elevate cruelty-free fashion. In February 2019, Rienda launches Vegan Fashion Week, which seeks to elevate fashion derived from materials that aren’t animal based. The inaugural event includes an industry gala at the Natural History Museum of Los Angeles, in addition to a marketplace at the California Market Center aimed at shifting vegan fashion from a niche category into the mainstream. A fashion show, also hosted at the CMC, showcases luxury-level vegan apparel with garments created by Matea Benedetti, Chloé Trujillo and Mink Shoes.

Max Azria, Founder of the BCBGMaxAzria Group, Passes Away in Houston

Veteran fashion designer Max Azria, who founded BCBGMaxAzria in 1989, passes away on May 6, 2019, in Houston at the age of 70. Born in Tunisia, Azria was raised in France, where he began his design career for the women’s category in Paris, later immigrating to the United States in 1981. He was most well known for his BCBG clothing label, which was an acronym for the French phrase “bon chic, bon genre.” The Los Angeles brand was a runway regular during the 1990s and became a favorite among Hollywood’s influential women in entertainment. 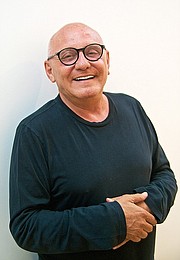 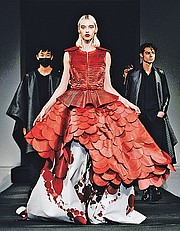 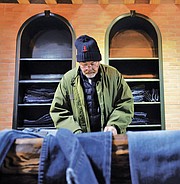