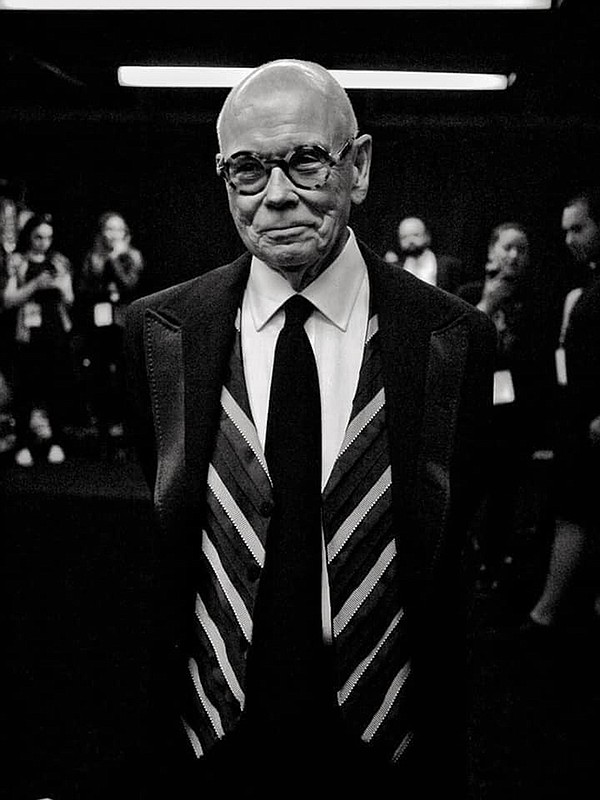 Jim Watterson (center) with models and friends (from left) Didi and Darienne.

Upon the March 30 death of Jim Watterson in Rancho Mirage, Calif., Los Angeles’ fashion and humanitarian lights dimmed. A graduate of the University of Washington, Watterson was born May 12, 1935, in Seattle, moving to Los Angeles in 1964. A founding male-affiliate member of The Fashion Group International, New York, he joined the May Department Stores Company in 1977, serving 22 years, rising to vice president of public relations and special events.

“He had this ability to look at somebody, walk up to them and give them accolades, and make them feel special. Then they just trusted him,” explained George Martin, Watterson’s husband of 42 years.

The kindheartedness for which Watterson was known translated into a number of community events during his career as he partnered with organizations including the AIDS Service Center, the American Cancer Society, the American Ballet Theater, the Downtown Women’s Center, The Music Center and the May Department Stores Foundation. His selfless work continued after retirement when he organized benefit events for All Saints Church, Friends of The Joffrey Ballet, the Pasadena Dance Theatre, the Pasadena Playhouse and the Pasadena Symphony. Watterson always created stunning events, never hesitating to make a call to enlist the help of the brightest celebrities for his charity work.

A teacher at the Fashion Institute of Design & Merchandising in downtown Los Angeles, Watterson eventually led production of the school’s annual FIDM Debut, which showcases the work of select students, a role he held for 33 years until 2015.

“He was very involved with the opera and the LACMA Costume Council. He was very active in Project Angel Food and APLA,” FIDM Vice President of Education Barbara Bundy said. “He always wanted to involve students in what he was doing.”

Working with Watterson on the FIDM Debut, Susan Koziak, founder of Koziak Productions, recalls the extraordinary beauty that Watterson brought into the world through his vision for the work that he accomplished.

“His legacy is all of the beauty he left behind in the world,” Koziak explained. “Everything he worked on became art.”

One student for whom Watterson’s guidance was profound is fashion veteran Kevan Hall. Working with Watterson from the age of 17, Hall remembers how Watterson introduced his students to beautiful sites around Los Angeles, such as the Oviatt Penthouse, the art-deco space where they hosted photo shoots. Years later, as a venerated designer, Hall reached out to his former teacher and friend explaining that he would showcase a collection based on the work of costume designer Adrian, an artist for whom Watterson had created a retrospective only years before. Watterson insisted that Hall incorporate Tony Duquette jewelry for a true homage.

“He proceeded to call all of his friends who owned Tony Duquette jewelry. The night before the show, velvet boxes arrived at the studio filled with the jewels,” Hall explained. “Jim arranged for them to be delivered to my atelier so I could show the collection with the actual pieces that would have been worn during that period. He spent time with me backstage. It was a special moment. He was so generous.”

A memorial service will be held May 29 at St. Margaret’s Church in Palm Desert, Calif., with virtual streaming available via facebook.com/St.MargaretsEpiscopalChurch. In Watterson’s memory, donations may be made to the United Nations High Commissioner for Refugees.