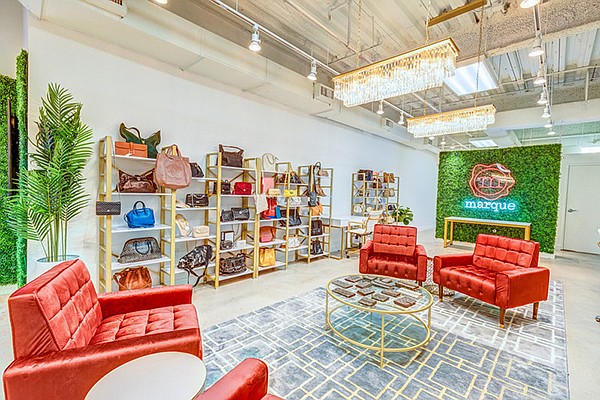 Marque Luxury has established itself in B2B wholesale by providing authenticated pre-owned luxury items. The new Re-commerce Hub will display all of the company’s high-end product offerings including designer bags, watches, jewelry and other accessories.

The new hub will display all high-end product offerings, which include designer bags, watches, jewelry and other accessories. The Irvine, Calif.–headquartered Marque Luxury’s digital inventory catalog will also be available for purchase at the location.

“Our team is looking forward to strengthening our existing wholesale customers and building new relationships in the Houston area. We are opening doors to new possibilities. Our goal of extending the life of luxury and working toward a more sustainable future becomes more achievable with each new Re-commerce Hub expansion,” said Quentin Caruana, president and founder of Marque Luxury.

Since being founded in 2017, the brand has established itself in B2B wholesale by providing authenticated, pre-owned luxury items. Other Re-commerce Hubs are in Los Angeles, Las Vegas, Dallas, Atlanta, New York, Miami and Charlotte, N.C., in addition to Japan, Singapore, Hong Kong and Indonesia, among other areas. Marque Luxury recently opened its first Re-commerce Hub in Vietnam, which marked its seventh bricks-and-mortar location in Asia.

The company announced in November that it had secured $20 million in funding through an investment by Provident Capital Partners, which is expected to help it continue its expansion on an operational scale focused mainly in North America.