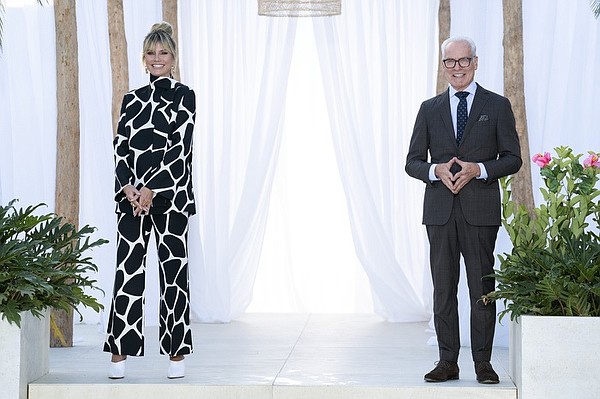 Making the Cut is celebrating the release of season two with a free pop-up event in Los Angeles. Photo: Ali Goldstein.

To celebrate the release of season two of "Making the Cut," the Amazon Original Series, Amazon Prime Video will be debuting the ultimate fashion-forward pop-up experience in Los Angeles.

The Making The Cut: Season 2 Pop-Up Experience is a free pop-up event will give consumers and style savants the opportunity to step into the world of "Making the Cut"—hosted and executive produced by Heidi Klum and Tim Gunn. The event will be at Westfield Century City’s The Atrium, located at 10250 Santa Monica Blvd., from July 23-July 25 in collaboration with Singer, Covergirl and Fabric.com. It will be hosted from 10 a.m.-9 p.m. the first two days and 11 a.m.-8 p.m. on the final day.

Inspired by the design studio from the show, attendees will be given the chance to think like the world’s most elite fashion designers after entering the space. Guests will get to create their own custom-embroidered bandana by choosing their own fabrics and with the help of a team of professional tailors and Lot, Stock & Barrel to bring their vision to life.

Guests can also strike a pose with their newly created piece of fashion in the 360 photo booth and be captured at all angles via a slow-motion video or animated gifs. To top off the experience, guests will receive a fashionable goodie bag that includes stylish items such as a limited-edition "Making the Cut" sewing kit.

With its second season set to drop on July 16, "Making the Cut" is once again on a mission to find the next great global fashion brand. In the second season, hosts Klum and Gunn are joined by judges Winnie Harlow, world-famous supermodel, and fashion-pop icon and Moschino Creative Director Jeremy Scott, and other additional guest judges visiting throughout the season.

This season showcases 10 talented entrepreneurs and designers from around the globe ready to take their brands to the next level. The winner of the series receives $1 million to invest in their business, the opportunity to sell a collection in Amazon Fashion’s store, and a mentorship with Amazon Fashion.

Limited editions of the winning look from each episode will be available for purchase immediately following each episode exclusively in Amazon Fashion’s "Making the Cut" store. After most winning looks from Season One sold out in under two days, season two will offer increased availability of winning looks.

Season two of "Making the Cut" will be available to stream on Amazon Prime Video on July 16 with new episodes dropping Fridays.