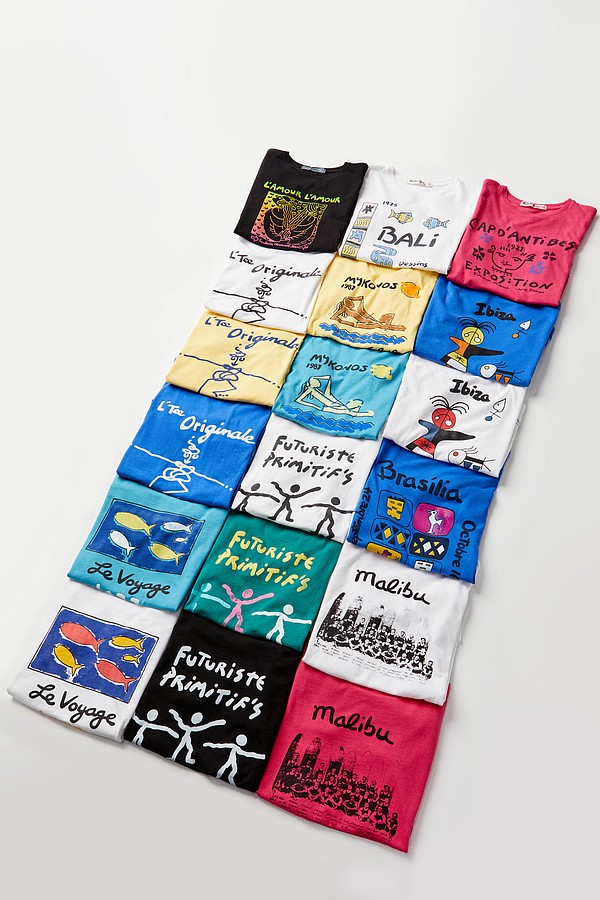 Michael Stars is celebrating its 35th anniversary with a new line of vintage tees and a summer "Tee Tour." Photo: Michael Stars.

The 35th anniversary of the Los Angeles-based women’s lifestyle brand Michael Stars is being celebrated with a new line of vintage T-shirts.

The collection officially launched on July 22 in a series of drops with 10 designs on four unisex styles of tees. The styles include The Original Tee, The True Tee, The Retro Tank and The Baby Tee. Michael Stars Vintage also includes vintage merch with a trucker hat, notebook and water bottle. The entire line ranges in price from $18-$98.

In order to further celebrate the anniversary, Michael Stars will hit the road for a “Tee Tour” in Southern California this summer. The line will be promoted in the baby blue Michael Stars Vintage truck—doubling up as a mobile store—splattered with the brand’s logos. The mobile truck will be making stops at popular destinations, including the Malibu Lumber Yard, The Grove, Alfred Coffee locations, and local farmers and flea markets through Labor Day weekend.

The Michael Stars Vintage collection will also help support The Michael Stars Foundation with 10 percent of sales from tees going to the foundation’s mission to supply grants to grassroots organizations fighting for gender and racial equality, and provide communities in need with access to mentorship, education, and economic opportunity.