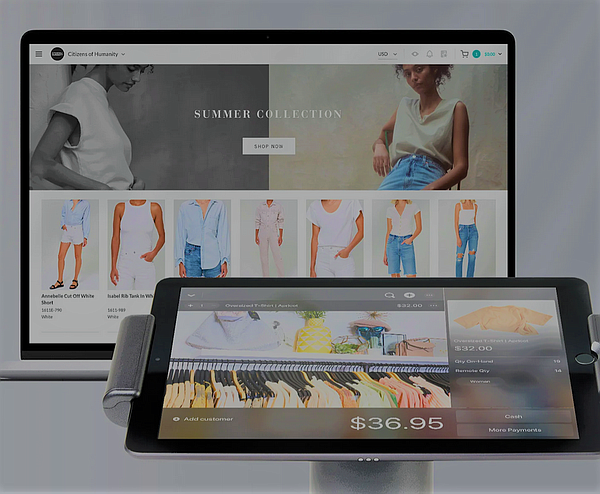 Lightspeed announced that it has agreed to acquire two global leaders in digital commerce—Ecwid and NuORDER.

Point-of-sale and e-commerce-software provider Lightspeed announced on June 7 that it has entered into agreements to acquire two global leaders in digital commerce, Ecwid and NuOrder.

“By joining forces with Ecwid and NuOrder, Lightspeed becomes the common thread uniting merchants, suppliers and consumers, a transformation we believe will enable innovative retailers to adapt to the new world of commerce,” said Dax Dasilva, founder and chief executive officer of Lightspeed. “As economies reopen and business creation accelerates, we hope to embolden entrepreneurs with the tools they need to simplify their operations and scale their ambitions.”

“The distinction between online and bricks-and-mortar retail has disappeared. Lightspeed and Ecwid, two best-in-class platforms, will unite to truly empower businesses. By eliminating the barriers merchants face when selling online, we will more rapidly achieve our common vision of democratizing retail for independent businesses worldwide and enrich the communities they serve,” said Ecwid CEO Ruslan Fazlyev.

NuOrder, which connects businesses and suppliers through its digital platform, will enter the deal by helping to simplify product orders for retailers and offering better insight into companies’ products and how they sell.

“At NuOrder, we have been on a journey to revolutionize retail by building a global network for brands and retailers. The coming together of Lightspeed and NuOrder accelerates that vision exponentially. The power of connected commerce comes to life now,” said NuOrder co-founders and co-CEOs Olivia Skuza and Heath Wells. “We are thrilled to join forces with Lightspeed to unlock transformative value for brands and retailers globally. This represents an inflection point in the history of retail.”