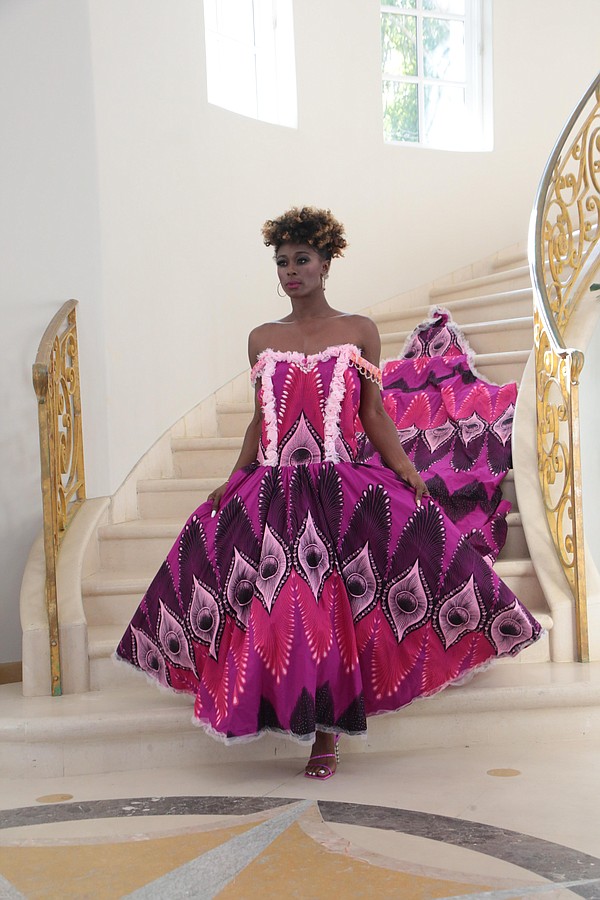 The high-fashion, haute-couture show took place at the famed Bel-Air Stradella Court Mansion, a $22 million sprawling space that has been the host of music videos for stars including Elton John and Nicki Minaj.

“The feeling is that it was very, very well done,” said Laurent Meler, co-founder and CEO of Meler Productions, which hosted the event. “Everything that was planned went the way we wanted, so this was good.”

The fashion show also teamed up with the local charity Create Now, whose mission is to empower at-risk and high-risk youth through a variety of arts programs across a spectrum of disciplines. “Our goal is to assist them to get out of poverty and learn skills that can lead to jobs and careers,” according to Create Now. Five percent of the proceeds from the event were donated to the organization.

“Our concept, from the beginning, is to partner with charities,” Meler said. “For this one, we chose a local one from downtown L.A.”

Meler said the comments on the fashion show were overwhelmingly positive, and many were asking when the next show would take place. He added that the event had many online VIP tickets sold, sponsors were present and many donated to the charity.

“This is good in terms of business,” Meler said. “We can always do better of course, so we’re working on getting more people involved for the next one.”

Prior to the fashion show, a red carpet and stocked bar complemented the occasion with guests including actor Alessia Vernazza, film producer Keriann Kimball and news anchor Christin Devine.

Meler noted that the Michael Vincent Academy played a huge role in the success of the event through its makeup artistry and 24 Fashion TV, which generated a large audience. He also thanked his business partner Fionna Wong, co-founder of Lumiere Runway, for her instrumental role in the fashion show.