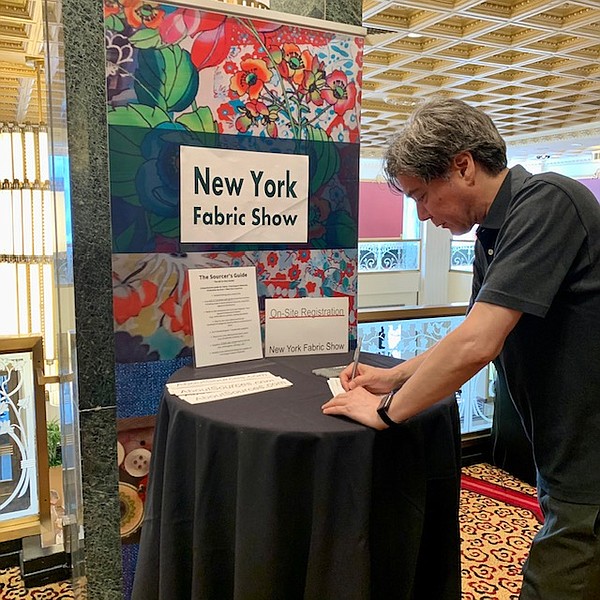 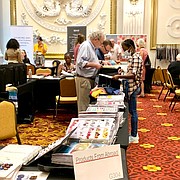 The New York Fabric Show was held July 20–21 at the New Yorker Hotel and, after the lifting of COVID travel restrictions, was able to welcome back Canadian exhibitors Gordon Fabrics, Kendor Textiles, Telio and Zinman Textiles. The show also welcomed for the first time the Montreal-based Mmode, which provides contacts for Canadian-based production services.

In addition to many emerging designers, attendees included buyers for retail-fabric stores such as Marcy Tilton Fabrics, costumers and event planners for such as Disney, and designer labels, brands and manufacturers such as Norma Kamali, PVH, Tommy Bahama and the Jump Design Group.

“This show was launched in 2012 as a low-minimum sourcing show, primarily for designer brands,” said founder and show producer Susan Power. “What we quickly learned was that everybody needs small quantities sometimes. Visitors to our show include some of the most prominent names in our industry.”

Many exhibitors at the Fabric Show offered custom production—including custom printing in small lot runs—and have large in-stock programs. For example, Robert Kaufman Company and Carr Textile each have 100-plus in-stock programs as well as custom-printing services.

Additional resources made available at the show included made-in-the-USA production facilities and a Resource Center that provided additional information on sourcing fabric, trims and other services.