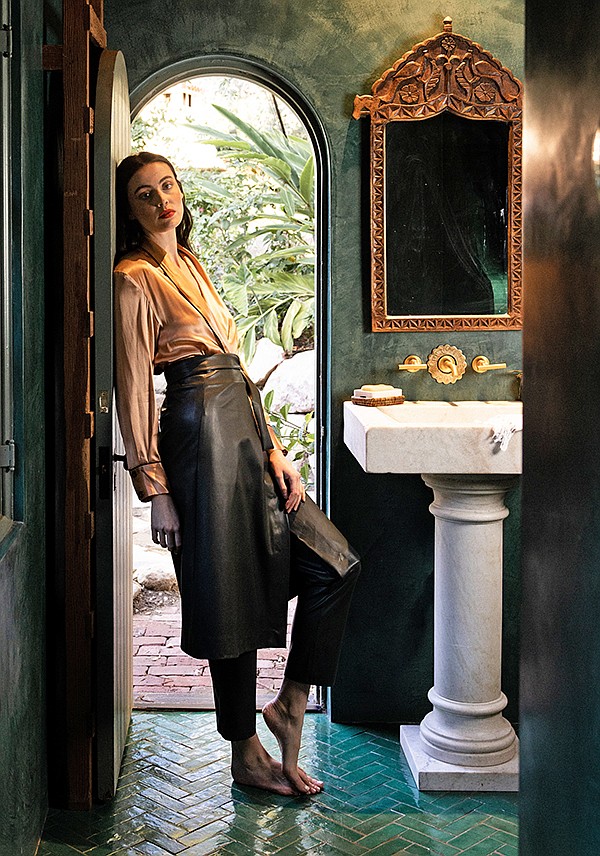 Heidi Merrick’s Collections Are All About Quintessential California Minimalism

Heidi Merrick’s Collections Are All About Quintessential California Minimalism 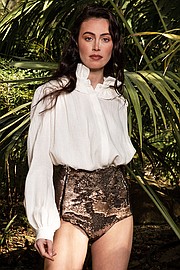 When you take up surfing, you learn pretty quickly what you’re comfortable with. If freezing temperatures and bone-crushing waves aren’t your idea of fun, then you take the smart route and only enter the ocean on your own terms.

Heidi Merrick grew up in a surf town. Her father is a renowned board maker, her mother ran a surf shop, and Merrick remains a surfer to this day. But early years spent in New York, London and Paris kindled a love of fashion equal to her love of the ocean, and when she paddled into the treacherous waters of the apparel industry, she took on only what she was interested in taking on. The result has been a solid niche in “quintessential California minimalism” and a balanced life of business and family, making her captain of her own ship—or rather rider of her own wave of success.

“A lot of my contemporaries have partners or husbands that run the brand,” said Merrick, “but I don’t. It’s just me, and I think it gives me a more measured approach where I count the costs before I do things. I say, ‘Is it worth my time and effort?’ I’ve kept the business in a place where I like to run it. I’ve been good about saying no, making sure I still love it and am designing for the right reasons.”

The right reasons include all designers’ primary obligation—that of making her customer feel beautiful. Merrick does this not only through shimmering dresses and jumpsuits in drape-y fabrics such as rayon challis but also through a broad collection that includes swim, surf-inspired basics, eyewear and home items, almost all in those bold and neutral solids that define the relaxed elegance of California minimalism.

“Romantic and feminine without being fussy” is how Merrick describes her basic color palette, timeless silhouettes and elegant fabrics. “There’s a place between strong and feminine that I think I hit with women. I love a strong shoulder, nipped waist, and straight line and geometry within a dress, and I think it’s really important for women to get dressed and be dressed. Since the beginning of my career I’ve tried to get women to dress just a little more polished, a little bit nicer, more finished. And sometimes when I become friends with someone, they begin dressing, and I see it bring life to people, a respect for the life they’re living.”

That’s not exactly preaching to the choir, especially in these turbulent times. Just when you thought California couldn’t get any more casual, along comes a pandemic that keeps people away from work and the pleasures of nightlife. Fashion is a mercurial bumblebee always buzzing from one flower to the next, but it’s a mistake to think that since the start of COVID everyone has been at home sitting in front of a computer. Life went on, Merrick says, especially for moms in the suburbs, and that ongoing life sometimes includes things as radical as wearing a dress.

“There’s a level of self-respect that comes with putting on a dress, and a moment of knowing who you are as a woman,” Merrick said. “When you fuss around with jeans and T-shirts like you wore in your twenties and you’re trying to make it look good but your body is different, that takes a long time. Women work really hard at looking amazing in a very casual outfit, but I feel like if you put the energy upfront and buy really beautiful clothes, a few items that fit you well and you look good in, you don’t waste that time and the effect is much stronger.”

Returning to the ocean and its eternal lessons, the first thing a surfer learns, before even trying to stand up, is how to assess the conditions. Merrick was already married when she enrolled in fashion school, and it became clear pretty quickly that she was not destined to take her place on the totem pole of a major corporation. “I became a stylist in New York in the ’90s before that was really a thing,” she said, “and realized that my only marketable skill was clothing. At fashion school a teacher said, ‘I don’t see you working for someone else. I think you need to consider that you’re going to have your own brand.’”

Smart teacher, for that’s precisely what happened, and Merrick is happy making waves direct to consumers at heidimerrick.com.