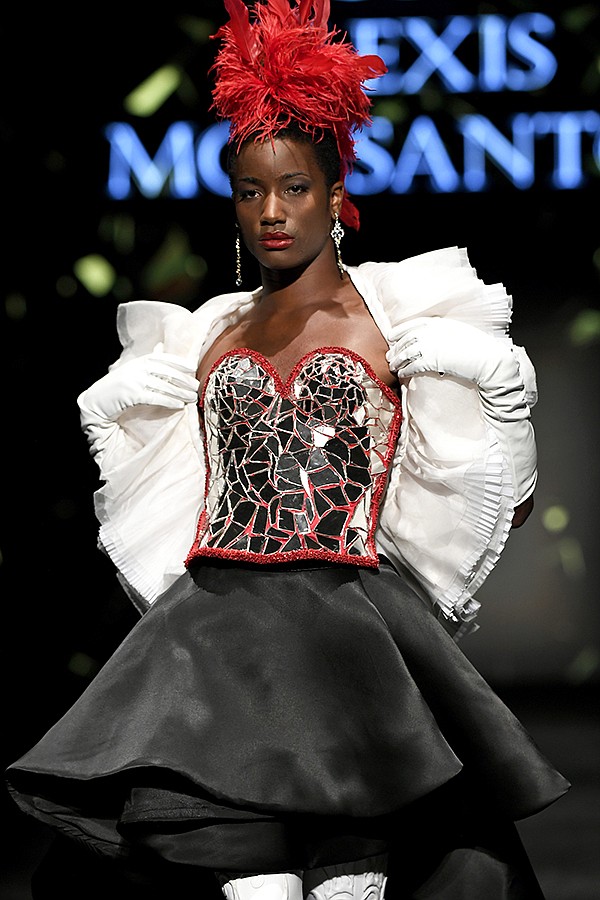 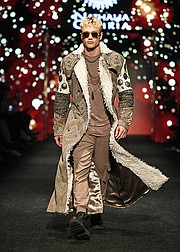 March 14–18 saw the debut of The Fashion Week Hub @ Fashion Techworks / New Mart, providing an opportunity for a closer look at some of the brands and designers at the historic New Mart Building. A daytime counterpart to the runway shows, Art Hearts Fashion partnered with Fashion Techworks, a turnkey production and design center and co-working space located on the second floor of The New Mart that features a podcast studio, photo and content studios, conference rooms, and an event space on the third floor.

“I’m thrilled to see such an explosion of creativity from the apparel industry during the debut of the Fashion Week Hub,” said Cindy I. Keefer, CEO of Fashion Techworks. “We started collaborating with the Art Hearts Fashion team less than two months ago to produce this showcase of emerging designers.”

President and founder of Art Hearts Fashion Erik Rosete said the Fashion Week Hub adds a new element to the traditional runway shows put on during Los Angeles Fashion Week and allows brands and designers to present their collections in a trade show–like environment. Rosete also said that it had been great to be able to directly connect brands and designers directly with consumers and other fashion-industry insiders.

“We’re really happy to align this part of fashion week with the main shows we do on the runway because it gives an opportunity to get to know some of the brands involved in L.A. Fashion Week and gives those brands a chance to do more industry-related stuff,” Rosete said.

San Francisco–based designer and graduate of the Fashion Institute of Design & Merchandising in Los Angeles Jonathan Guzman was able to take advantage of both of the Art Hearts Fashion events.

“It’s really cool because it gives the public another chance to get to know me and get to know the brand. It’s also been a great chance to collaborate with a lot of other creatives who are here. I’ve met photographers, models and even people in the industry in positions I didn’t even know existed who are able to help me with the business side of fashion. It has been a great networking event,” Guzman said.