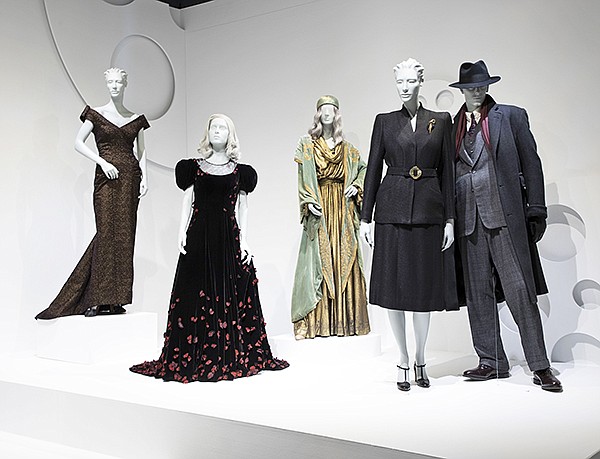 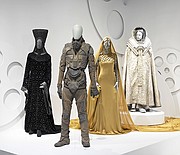 We’re back! After a one-year hiatus, the wonderful FIDM Museum exhibition showcasing motion-picture costumes is back with the “Art of Costume Design in Film.” Last year the annual exhibition was postponed due to COVID restrictions, but now we can celebrate the 30th anniversary in an extra-fabulous way, making up for lost time. This year, there are about 70 costumes from 22 films featured, and—here’s my favorite part!—included in the exhibition are the five Academy Award nominees for Best Costume.

As spokesperson for the FIDM Museum and co-chair of FIDM Fashion Design, it is always a delight and an honor to speak on the exhibition, the costumes, and, particularly, give “heart” and a voice to the talented costume designers and the inspirations behind their outstanding designs.

And the Oscar goes to ... Jenny Beavan for “Cruella”

For many people, when you say “costume design,” they think of Marvel Comic cosplay or period costumes à la Marie Antoinette, but for us it’s much more than that. There are many goals for having such an exhibition. For starters, one of the primary reasons is to educate. By showcasing costumes from a variety of films and different costume genres, we can educate the general public on the art of costume design and its importance in helping the narrative of a film and the fulfillment of the characters. In addition, FIDM also has a unique Film & TV Costume Design Program for interested students, so an exhibition such as this can also serve as a premiere costume lab, showing costume design in its best form. You could think of it as an exhibition of costume couture for the public as well as our students. 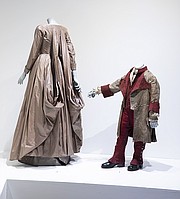 Highlights are many, but here are some standouts from the five nominated films:

Cruella’s fiery-red gown is inspired by a 1955 Charles James dress created for one of his American socialite clients, Marietta Peabody Tree. While that dress is more mid-century, the rest of the costumes are inspired by the 1970s London punk scene.

In the 17th-century film world of “Cyrano,” the costumes are color-coded, with the nobles in pastels and the bourgeoisie in earth tones.

The futuristic designs in “Dune” have subtle—and not so subtle—references to medieval times, 1930s bias-cut Hollywood glamour, the Romanovs before their tragic downfall, “Lawrence of Arabia,” Spanish couturier Cristóbal Balenciaga, as well as paintings of Goya and Velazquez.

Finally, Paul Tazewell’s costumes for “Westside Story” showcase Ariana DuBose’s Anita in the bright yellow dress (Tazewell wanted her to be like the sun, gravitating the entire neighborhood toward her). The character of Maria, played by Rachel Zegler, wears an off-white dress that exudes innocence, taking inspiration from the traditional Catholic confirmation dress as well as a hint of womanhood with the bold red belt.

Along with the nominees, 17 other films are showcased from a range of genres to satisfy any movie fan as well as costume-design devotee. You will find everything from Marvel’s “Black Widow” superheroes, Princess Diana’s tartan suit from “Spencer” and Academy Award–winning costume designer Ruth E. Carter’s extravagant “Coming 2 America” designs to the luxe capes of “The Tragedy of Macbeth,” one of which, worn by actor Denzel Washington, is actually made of fabric from the House of Valentino.

As a result of theaters closing during the pandemic, Hollywood studios have made films more accessible for the public, primarily through nontraditional streaming services, allowing people to see possibly more films than they otherwise would have.

With this exhibition, we can allow the public to enjoy some of the costumes from these films. All in all, the variety on display is a testament to the outstanding work of costume designers from this past year’s films, blending the past with the future, fashion with costume, and helping us believe the stories through fabric, design, technology and impeccable construction. Visitors get an up-close peek into the literal threads that help bind a film.

The “Art of Costume Design in Film” exhibition at the FIDM Museum runs through June 4, is closed on Sundays and Mondays, but, as always, it is FREE!