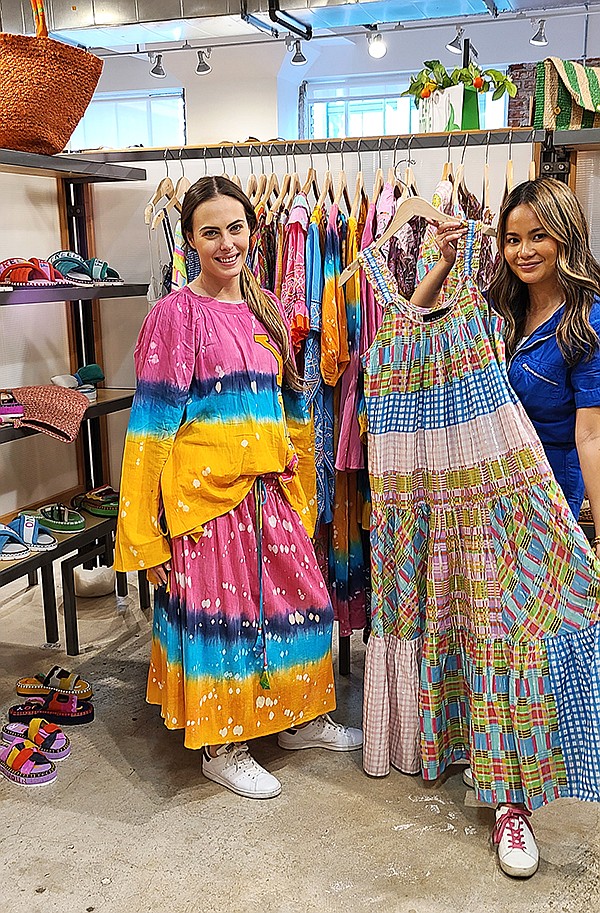 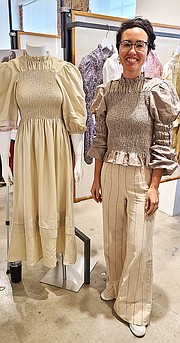 Designer Tracy Reece launched her newest line, Hope for Flowers, based in her hometown of Detroit. In this colorful and optimistic collection, her mission was to do more than just create beautiful clothes. Explained Reece, “I have plans to help Detroit by empowering women, the youth and artists of color through arts programming.”

Nary, a brand based in Brooklyn, N.Y., has a story that celebrates people moving forward after great adversity. Three sisters named their company after their mother, who survived the Cambodian genocide in the 1970s. Their romantic garments are available in sizing up to 3X. Blouses are priced at $35 and up and maxi dresses at $130–$170.

At Mona Thalheimer, the story was also a beautiful one. As a young girl, Thalheimer became deaf, but far from that being an obstacle to her dream of designing, it made her fearless. As a protégé of the iconic designer Rudi Gernreich, she went on to create her namesake brand. Made in L.A., the beautiful shirting wholesales for $130–$160. Said Linda Cohen, her New York sales rep, “It’s a privilege working for her.” 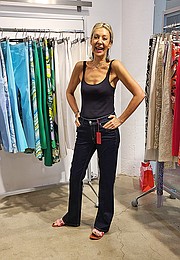 Rue de la Lune is a Parisian lifestyle brand whose colorful, eclectic prints have exploded in popularity across France. Dana Sumbillo, sales director, said, “I was not prepared for the great response we received in L.A. It’s very exciting.”

Cambio, a European luxury pant brand, is all about fit. Birgit Jacobson of the FashionLink Showroom, said, “Due to Cambio’s strong following among women across Europe, retailers have been calling requesting appointments.” Prices range from $94 to $150.

Amanda Halseth, assistant buyer for Tonik in Mammoth, Calif., said of the market, “We absolutely loved the atmosphere. Spring’s apparel and accessories were beyond what we had hoped.”

New Mart General Manager Tom Keefer was pleased to report “we enjoyed the biggest turnout of buyers since pre-pandemic levels with attendance up 85 percent from August. Sunday’s turnout and resulting order writing was robust.” 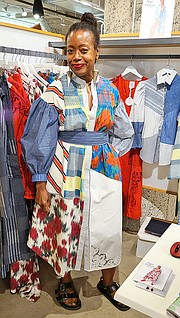