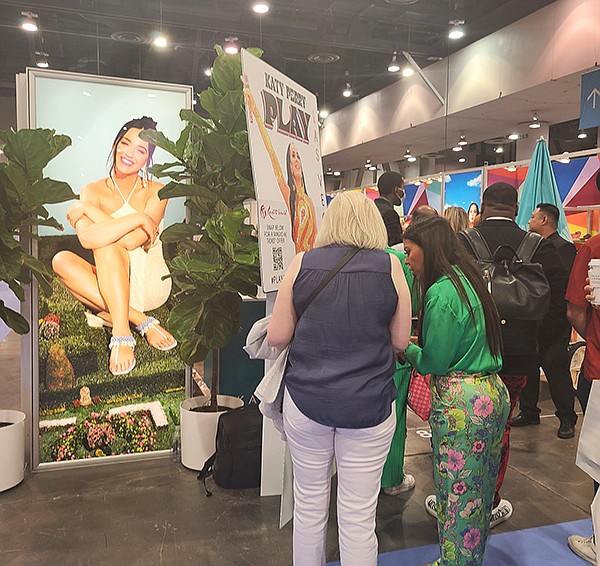 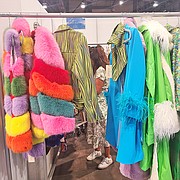 Project Las Vegas, held Aug. 8–10 at the Las Vegas Convention Center, sported DJ Yaw Appiah spinning records at the entrance, creating a music-festival beat on the show floor. Grammy Award–winning singer and performer Katy Perry was the keynote speaker, sharing her perspective on her unique sense of design and her sources of inspiration. Buyers and press viewed her new collection at the Katy Perry Collections booth, where her shoes brought the pop stars’ unique and bold style to her footwear.

Lyly Irizarry, owner and buyer of LylyJustLyly, a Florida boutique, shopped the show for the first time. “I am just starting to add apparel to my mix; previously we were just accessories. So I’m shopping the Vegas shows, and I love it! So much to see and to buy!”

Kelly Helfman, president of Informa Markets Fashion, organizer of the Project shows, said, “There was a palpable energy on the show floor, where both exhibitors and attendees had such positive, productive experiences over the course of the three days.” Helfman went on to add, “At Project, we saw a strong return to denim. New styles were on-trend with the industrywide growth in youth-culture streetwear.“

In the newly expanded Denim area, booths were busy. At L.A.-based Kut from the Kloth, buyers were leaving paper. Brands including Mavi, Hudson and Blank NYC saw a major influx of new and international buyers over the three days.

At PRPS, President Matt Atkinson showed the Jimi Hendrix collaboration dropping 9/1. “Based on the excitement with Hendrix, we are looking forward to future music collabs with Soul Publications,” said Atkinson.

7 for All Mankind featured the season’s retro return to high waistlines, patch pockets, cropped jean jackets and bell-bottoms in bleached washes as well as colored denim.

Glam rock was the story at Jayley. National Sales Director Matt Rowley spoke to the inspiration behind the disco-themed collection. “It’s bright, shiny and as crazy as it can be, and it’s working!”

At the Boys Showroom, glitter, embellishment and glam pieces were hot, and the showroom’s unique ability to customize styles for its customers was driving sales.