The District LaBrea compound has upped the fashion quotient for the 100 block of South La Brea Avenue in Los Angeles. It has hosted space for shops like Kelly Cole, A+R, Bonobos and Gant. More are on the way.

In September, Undefeated will open its new emporium at District LaBrea, a spokeswoman for the retail compound said. The pioneering streetwear label has operated a cramped, but very popular shop across the street from District LaBrea for years. Recently, jeans shop Trading Post by Dr. Collectors opened at the former Judith Bright space at District La Brea. 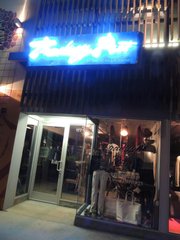