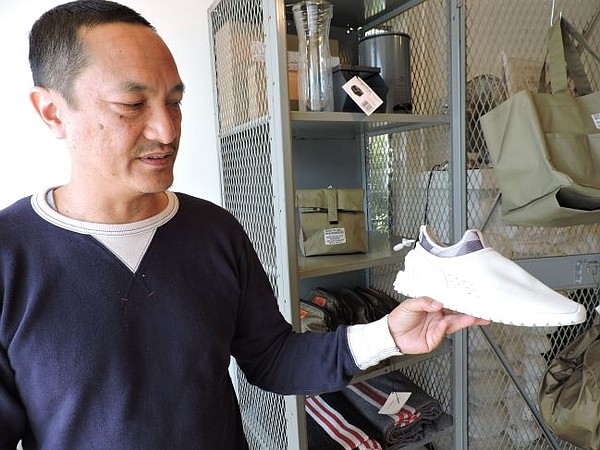 The future might look a bit dystopian to Richard Cofinco, but it will be lightweight.

He imagined his footwear brand ASIF, short for As Seen In the Future, as being part of the action for dystopian sci-fi flicks such as Blade Runner. What makes it unique for the current era, is that the sneakers are lightweight. Some are 9-ounces compared to some bulkier footwear lines that have been popular.

ASIF produced a party for a pop-up shop at Abbot Kinney boutique Milkmade on March 6. The pop-up is scheduled to run until the first week of April. 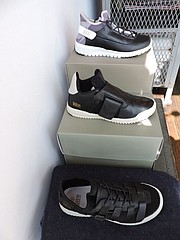 Display of ASIF footwear at Milkmade.