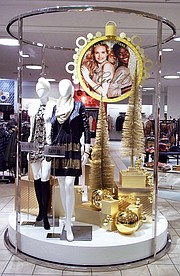 From Macy’s at The Bloc 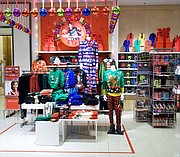 In California, Macy’s will be unveiling huge remodels of some of its stores. 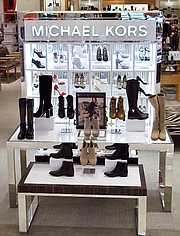 On Nov. 21, the major department-store chain will reopen its flagship store at The Bloc, formerly Macy’s Plaza, in downtown Los Angeles. This retail center will unveil its own major renovation in 2016.

Macy’s remodeled its Bloc location into a four-floor, 250,000-square-foot selling space. A focus of the remodel was extending the location’s selling space into the department store’s lower levels.

The lower level of the store, which is being called the Plaza Level, will offer soft homewares such as bedding. The Street Level of the store will be devoted to women’s shoes, men’s fashions and cosmetics. Some new cosmetics vendors will be Bobbi Brown, Laura Mercier, MAC, Benefit and Impulse Beauty Shop. The space’s Level 2 serves as the location for the women’s fashion department. A furniture store will open on Level 3 at The Bloc’s Macy’s in December. It will also host a kids’ department.

Starting at 9 a.m. on Nov. 21, Macy’s will give away gift cards to the first 200 customers to enter the store. It will show a Motown costume exhibit from the Grammy Museum, and Mandi Line, a costume designer and stylist, will host a fashion presentation at noon. Line has worked on television programs such as “Pretty Little Liars.”

In November 2016, Macy’s will unveil a new 155,000-square-foot store at Westfield Century City in Los Angeles. It will be built on the site of a 136,000-square-foot Macy’s department store that will be closed in January.