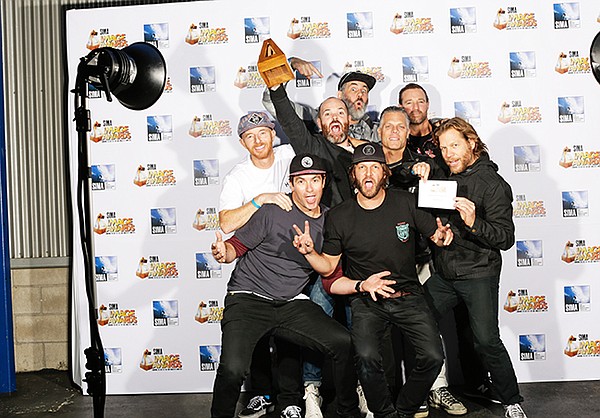 Roark Revival was named the Breakout Brand of the Year at the SIMA Image Awards.

Vissla won the Men’s Apparel Brand of the Year award. The surf brand was started by Paul Naude in 2014, shortly after he resigned as the director and president of Billabong International Ltd.’s Americas division. Amuse Society was honored with the Women’s Apparel Brand of the Year award. Naude also is a partner in Amuse Society.

Other winners announced included Rip Curl, which won the Men’s Boardshort of the Year for its Mirage MF Driven short. It also won the honor for Women’s Swim Brand of the year.

Suncoast Surf Shop of Treasure Island, Fla., was awarded the SIMA Surf Shop Gold Wave Award, which honors surf shops that have been in business for 50 years or more.