What Are the Roadblocks This Year for Apparel Makers and Retailers?

Even though more people have jobs, wages are rising and gas prices are low, retailers have struggled this year to keep sales churning. Several big chains including Pacific Sunwear, Sports Authority, Sport Chalet and Aéropostale have filed for bankruptcy protection.

Sales at shopping malls have dipped or are flat as fewer people drive to a commercial center, often preferring to peruse for items online.

And then there’s the distraction of the presidential election, where drama and political debates keep consumers wondering about the future.

The California Apparel News recently spoke with several finance-industry executives about what challenges apparel manufacturers are facing this year that they didn’t have to confront last year and how the presidential election is influencing consumer attitudes. 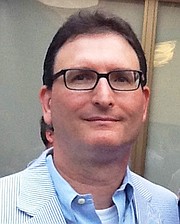 The dynamics of selling to traditional retailers have greatly changed over the last few years. The trends for shopping have moved significantly toward e-tailing from the old-school, mall-based experience. 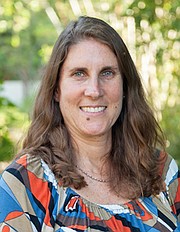 This year, there are so many distractions facing the consumer. These distractions are having at least some effect on consumers, which in turn is being felt by clothing makers and retailers.

Between terrorism attacks, Brexit, the overall economic climate and the upcoming presidential election, there are many reasons for a lack of consumer confidence, which translates into a weak retail environment.

Add in the changing consumer preference for disposable-income spending for technology/electronics, online purchases and their homes and it creates a challenging year for both clothing makers and the retailers that serve the market. 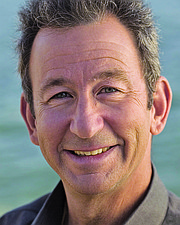 The apparel industry is in a slowdown, orders are lagging behind, and retailers are facing a decline in same-store sales.

The decline is more acute for those manufacturers selling the big-box retailers, more so than those selling to the higher-end retailers. The challenge to survive these trying times will be to control inventory levels and lower operating costs. We did not see this kind of decline in business last year.

Consumer buying habits are changing, and shopping needs to become more of an experience, not just a shopping trip. We are seeing malls all over the country going through a remodeling period to build out their environments to provide a 360-degree shopping experience for customers rooted in socializing and entertainment. As a result, the malls are moving rapidly toward more restaurants and fewer retail stores.

I don’t believe the election is having a real impact on retail sales. We have been in a slow-growth period for many years, and the accelerating trend toward digital shopping vs. bricks-and-mortar shopping will continue to drive more of the public out of stores and to online destinations. 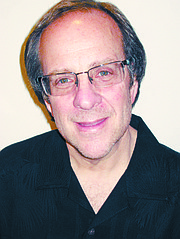 The major obstacles clothing manufacturers are facing this year, compared to last year, is softness at the retail level.

This is supported by facts and current statistics that show mall and store traffic is down compared to the same period last year. Statistics show that consumers are spending less on apparel than previously.

Another major obstacle is that more shopping is now done online, which further supports the trends of mall and store traffic dropping year over year. For many retailers, same-store sales are down in 2016 compared to the same period in 2015.

I see and hear from many of my clients that their bookings are behind those at this time last year. I also see and am told that the major department stores continue to return goods that don’t sell, continue to ask for more markdown monies and that some even are asking for higher guaranteed gross-profit margins.

And, of course, the retail-credit market has not gotten better. So, while getting orders is hard enough, getting credit approvals needed to cover the orders is still difficult.

As far as the presidential election, I have not yet seen any direct impact on the markets so far. While the two parties have chosen their candidates, I don’t see any fundamental changes in the retailers’ buying or consumer spending based upon who might or might not win the election. And the financial markets, to date, don’t seem to be affected by the upcoming election. But we shall see, over the next couple of months, if that might change. 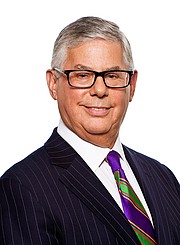 I believe that the effect of the 2015 warm winter has left both makers and retailers overly conservative in their outlook for the balance of 2016. In addition, there continues to be the lack of hot products that drive consumers to shop whether online or in stores.

I am not sure the results of the presidential election will have any real impact on retail sales, no matter who wins. 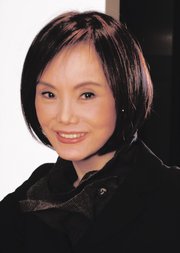 There are varied obstacles this year facing the companies in the apparel industry compared to last year. As we all know the apparel and related industries are going through a changing paradigm.

Compared to a year ago, the industry is facing the continued collapse of the juniors market as many consumers feel fashion trends are stagnant. Also, apparel retailers are facing increasingly tougher competition from online retailers for consumers’ disposable dollars.

Lastly, shopping trends have been transformed as consumers, specifically the millennials, have moved from the traditional bricks-and-mortar platforms to more Internet-based delivery platforms.

This shift in consumers makes a significant impact on the apparel industry. Baby boomers used to be the nation’s largest generation. However, since 2015, the millennial population totaled 75.4 million, surpassing the 74.9 million baby boomers. As millennials are now the largest generation in the workforce and represent more than $200 billion in buying power, the apparel and related industries must strategize their trends to target the millennial consumers.

It is apparent that this year’s presidential campaign has been filled with moments of unpredictability, to say the least. Anecdotally, it seems that many consumers are awaiting the outcome of the general election to weigh its influence on the economy. In the final analysis, sales will be driven by how much confidence the general consumer has in the overall economy. 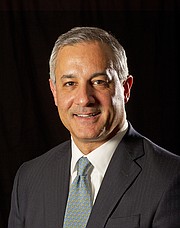 The retail industry is experiencing pressure from sales gravitating from bricks and mortar to online. Companies are reviewing their retail footprint and looking to further engage in e-commerce and developing the right digital strategy.

This, together with changes in consumer buying behavior, is giving the industry plenty to think about. 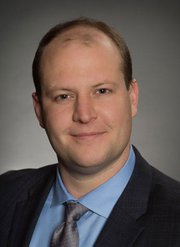 With the future of the European Union in doubt in the aftermath of Brexit, exports and international investments are more difficult to plan.

Apparel manufacturers will struggle to differentiate their online brand in an increasingly crowded marketplace. Retailers that focus their positioning and presence will appeal more to the increasingly informed consumer.

As for the presidential election, it has not affected retail sales yet and would only impact sales if consumer confidence decreased due to uncertainty. Our clients tell us that during increasing uncertainty, flexibility and responsiveness are paramount. 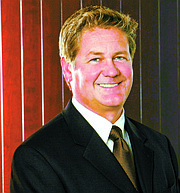 Apparel companies are facing shortened lead times as retailers place orders closer to delivery. The net impact is that it’s become somewhat harder for companies to project cash needs based on the additional uncertainty that places on production.

While the economy isn’t really bad as a whole, consumers have definitely taken a pause. A presidential election as polarizing as the current one can certainly have an impact, but there is also a general sense that the recent spate of bad news—both domestically and internationally—has caused consumers to become more cautious in their purchasing decisions. 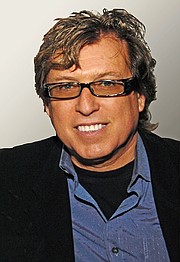 One of the many obstacles retailers are facing in 2016 is the on-demand mentality of consumers.

There are heightened expectations from customers to find merchandise they saw on the runway. As we all know, consumers have immediate access to information and pictures, and they expect to have their demands met right away.

This has placed an undue burden on the retailers as well as the manufacturers. All parties are exploring avenues to reduce the cycle time from concept to market. The retailers have conditioned consumers over the years to expect this quick turnaround.

Now, this mentality has shifted the focus from the true art of design, quality and the longevity of a designer to fast fashion.

The misconception about fast fashion is that it only applies to H&M and Zara. But it has spread to the customers of Neiman Marcus and Barneys New York as well. This has created significant price compression for retailers and manufacturers, which in turn has impacted their bottom lines.

Furthermore, retailers have built up excessive inventory to meet this on-demand mentality, yet this has resulted in unwanted surpluses.

Retailers then push their overbuys and surpluses back to the manufacturers via returns or discounts. This inherent waste-making cycle is a trap that the manufacturers and retailers need to overcome. They need to have a good balance in their operation in order to survive the inevitable loss.

The presidential election continues to create an atmosphere of uneasiness and confusion. Also, cultural wars in the United States and the disarray by the recent Brexit vote by Britain to leave the European Union have temporarily been affixed in the minds of consumers.

While this uncertainty affects consumer sentiment, sentiment doesn’t translate into spending. The drivers of consumer behavioral spending are interest rates, tax rates and housing prices, to name a few. These drivers directly affect the consumer price index (CCI), with the CCI having increased in June. This means that consumers are not negatively affected by the current peaking presidential election and instead need a reason to switch their disposal spending to apparel.

Yet I believe where there is turmoil there is a creative opportunity. This is when we can use our wisdom from the past and industrialize the know-how of the future to create fashion that not only brings back the true quality of fashion and individual style but also equally incorporates sustainable fabrics and a moral work ethic for everyone who is part of making fashion. 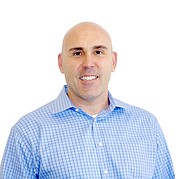 Clothing makers and retailers are under more pressure in 2016 as consumers increase their online spending and allocate more of their budget to “experiences,” including dining out, travel and fitness.

Amazon.com is now the second largest apparel retailer in the U.S., which has led to decreased foot traffic at leading department stores and specialty retailers.

Sports Authority, Aéropostale and PacSun have filed for bankruptcy while other retailers such as Macy’s, Uniqlo and Gap have been closing stores.

The U.S. continues to be “overstored,” and we will continue to see retail closings with shopping-center owners repurposing their real estate for more restaurants and fitness centers.

Brands that are attracting the most attention from private-equity investors have reduced their dependence on department stores and increased their focus on establishing a “direct” relationship with the end consumer through their own website, retail stores, catalog and social media.

The U.S. presidential election may have a short-term negative impact on retail sales given the uncertainty of the current political environment. The U.K.’s decision to leave the European Union caught financial markets and political experts off guard, but markets have since rebounded.

The bigger challenge and opportunity in 2016 for clothing makers and retailers is developing a sound strategy to account for increased online spending and increased consumer spending on “experiences.”